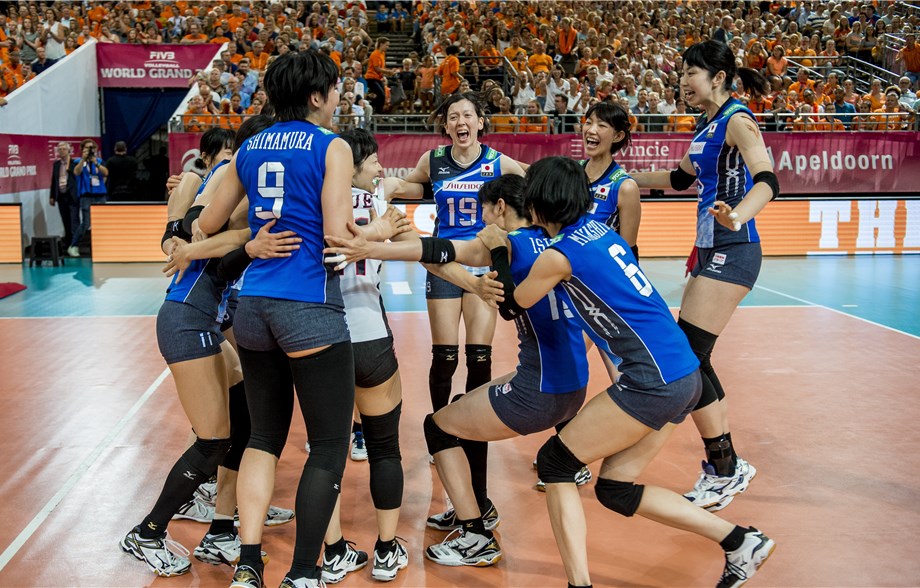 Only seven players from the 2016 Rio Olympic team, which advanced to the quarterfinals, are included on the 2018 Japanese women's national team roster.  Current Photo via FIVB

After naming a new coach in 2017, 1984 Olympic bronze medalist Kumi Nakada, Japan showed its first signs of a new look when unveiling the 2018 roster.

While Nakada certainly had her picks, some items were out of her hands, like the retirements of long-time star and captain Saori Kimura and opposite Soria Sakoda.

Only seven players from the 2016 Rio Olympic team, which advanced to the quarterfinals, are included on the roster: opposite Miyu Nagaoka, setter Haruka Miyashita and Kanami Tashiro, outside hitters Yurie Nabeya and Yuki Ishii and middle blockers Haruyo Shimamura and Erika Araki. Notably missing is Yukiko Ebata.

Also back in the fold is newly-minted team captain Nana Iwasaka, who assumed the role in 2017.

Three players are making their return to the Japanese national team after being sidelined with injury: setter Haruka Miyashita, attacker Miyu Nagaoka and Sarina Koga.

The Japanese team, which begins its training in Italy in April, kicks off its 2018 campaign at the Volleyball Nation’s League in Brazil on May 15. Japan is in Pool 4 with Brazil, Germany and Serbia for the opening round.

The side is also slated to participate in the Asian Games in August before playing host to the 2018 FIVB Women’s World Championships in October.

Japan is looking to improve on a seventh place finish at the 2017 World Grand Prix and fifth-place showing at the World Grand Champions Cup.

Is arisa sato not included?????

Correct, she appears to have been left off.