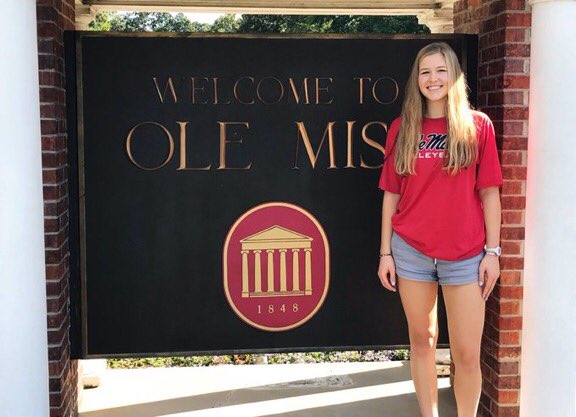 Standing at 5’10”, Hawes also plays with Houston Skyline and the 18 Royal team. In 2017 and 2018, she led her team in digs and aces. She has also been a six year beach player. Highlight video of her play can be seen below via YouTube:

Ole Miss is currently 11-9 to start the 2018 season with a 1-5 record as a member of the Southeastern Conference (SEC). Last season they went 22-14 (8-10, SEC) en route to an NIVC Tournament championship. They’ve got four defensive specialists on their roster, including one senior and one junior who are set to graduate from the position prior to Hawes’ freshman season in the fall of 2020.

So so happy to announce I have verbally committed to play D1 volleyball at the University of Mississippi! Thank you to everyone who has helped me along the way!! #hottytoddy @OleMissVB pic.twitter.com/Xk12ESRm8x