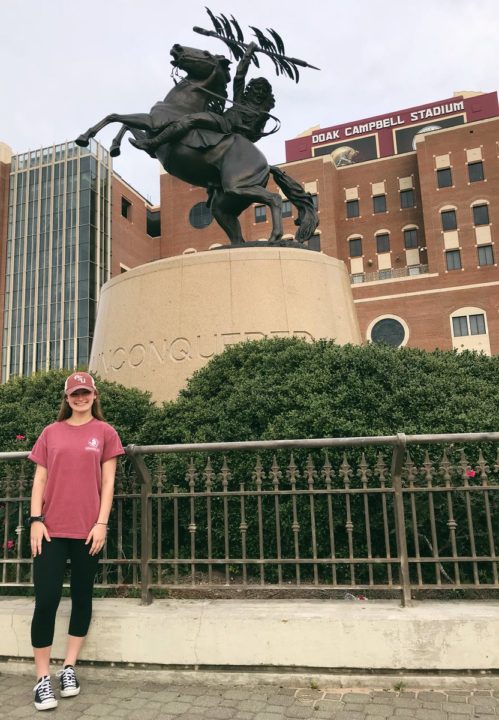 Class of 2020 recruit Haley Frank has committed to the Florida State women’s volleyball program. A 5’6″ defensive specialist and libero, Frank joins two other players listed in the VolleyMob Recruiting database committed to Florida State in 2020 or later (both in 2021).

A sophomore from the state of Florida, Frank just finished her second season of varsity action at Spruce Creek High School in Port Orange. However, her SportsRecruits profile notes that she has since transferred and will now be attending Hagerty High School – more of a volleyball power in the state.

Frank also continues her prep career on the club circuit with Orlando Tampa Volleyball Academy, or OTVA – which has produced many other collegiate commitments. Specifically though, she plays for the 16 South Roberto squad.

Florida State is coming off of an 18-11 finish in 2017 in which they made the NCAA Tournament out of the Atlantic Coast Conference (ACC).

I’m super excited to announce that I have verbally committed to play volleyball at Florida State University! Thank you to my family, coaches, and teammates for helping me reach this goal. #GoNoles? pic.twitter.com/8D2pOCb6E6