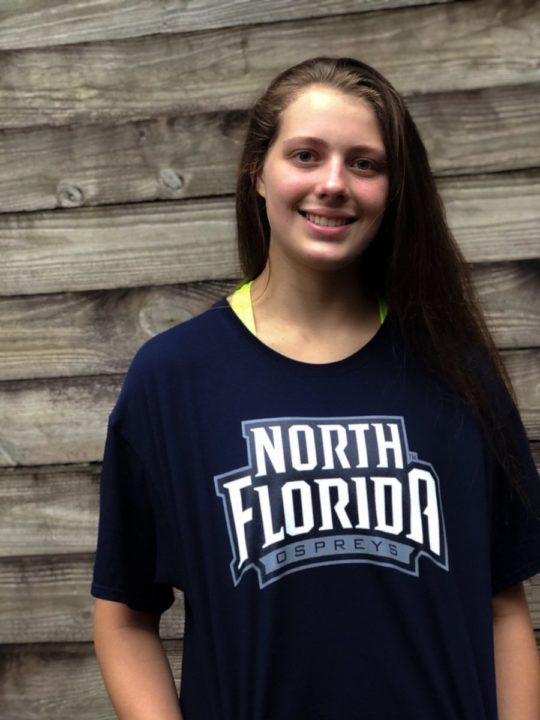 Plante is in her junior year at Alpharetta High School in Georgia, where through eight matches she is averaging over three kills (on a .512 clip) and 0.9 blocks per set early in the season. In her most recent full season, coming as a sophomore in 2017, she notched 229 kills (2.0 per set) on a .313 hitting percentage, 101 blocks (0.9 per set) and 25 digs (0.2 per set) according to her MaxPreps profile.

North Florida earned a 13-19 record in 2017 with a 5-9 mark as a member of the Atlantic Sun Conference. Their 2018 campaign begins on Friday with matches against Wyoming and Colorado before meeting Oral Roberts on Saturday.

I am thrilled to announce my verbal commitment to play D1 volleyball at University of North Florida! A huge thank you to my friends, family, teammates, and coaches who’ve made me who I am today. Go Ospreys! #swoop @OspreyVB pic.twitter.com/dbNH7cFnR5