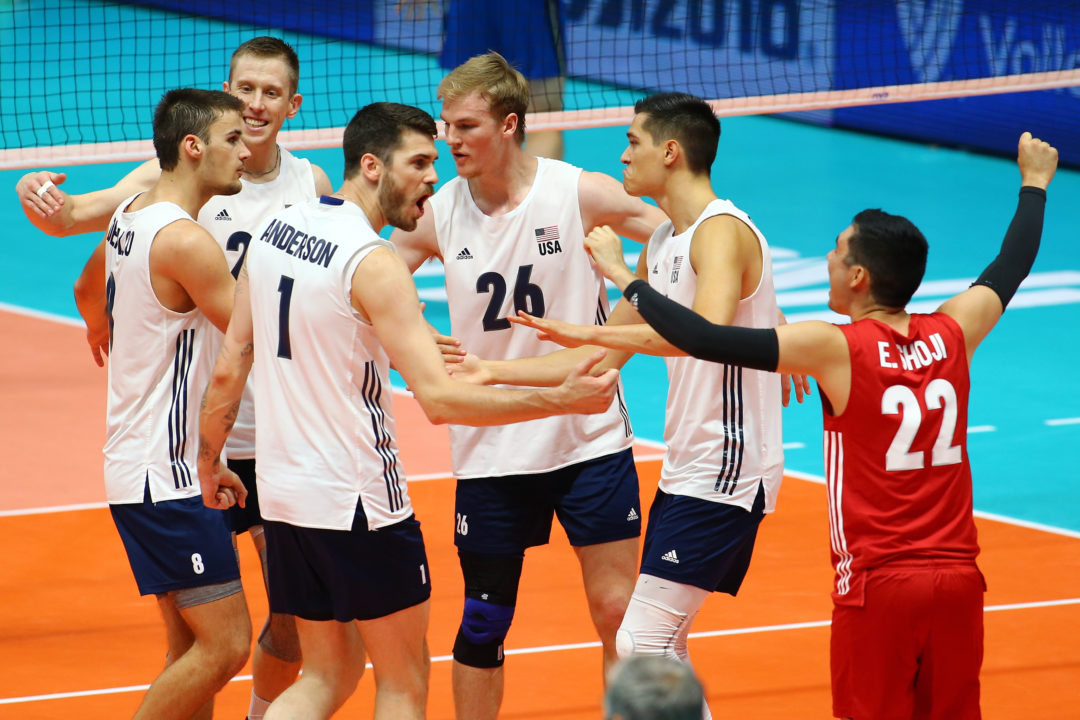 Team USA will head to the WCH after finishing third in the FIVB Volleyball Nations League earlier this year. Current Photo via FIVB

Team USA has announced in its official website its extended 21-men roster for the 2018 FIVB World Championship on Sept. 9-30 in Italy and Bulgaria. Only 14 of the following players will make the final cut, which will be cut down in time for the team’s departure for pre-worlds training in Slovvenia on September 3rd:

The 8 Olympians in the roster (Christenson, the Shoji brothers, Anderson, Russel, Sander, Smith, Holt) are sure locks for the team, which leaves 6 more spots up for the taking. Patch, Defalco, Langlois, Jendryk, Mdonnell, and Watten are the most likely to round up the group. Note that the only player missing for the call up that was in the team’s VNL roster is middle blocker Mitch Stahl, who is now fully out of contention for a roster spot.

Team USA will head to the WCH ranked #2 in the world and after finishing third in the FIVB Volleyball Nations League earlier this year. It will debut against Serbia on Sept. 12 and later go ahead to play Australia, Cameroon, Russia, and Tunisia. Team USA finished 7th in 2014