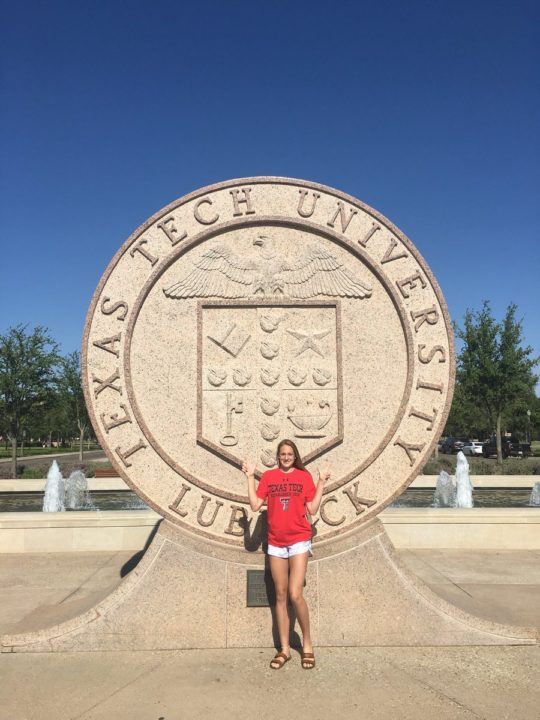 Class of 2020 recruit Madalyn O’Brien has committed to the Texas Tech women’s volleyball program. A 6’1″ middle blocker and right side, O’Brien will stay in state in joining the Lady Raiders come the fall of 2020.

On the club side of things, O’Brien plays with Houston Skyline Juniors – specifically the Houston Skyline 16 Royal squad. Per her profile with the club, she owns a 7’9″ standing reach, a 9’6″ block jump and a 9’10” approach.

Texas Tech finished 2017 taking a big step forward from 2016, as they went 19-15 on the year and 4-12 playing in the Big 12. They ended the year playing in the NIVC, where they made it all the way to the championship match. Of the middles and opposites on their 2018 roster, one and two respectively will be on pace to have eligibility come 2020 and join O’Brien at the position groups.

Beyond blessed to say that I have verbally committed to play volleyball at Texas Tech University! #wreckem pic.twitter.com/ComcvZnL6Y