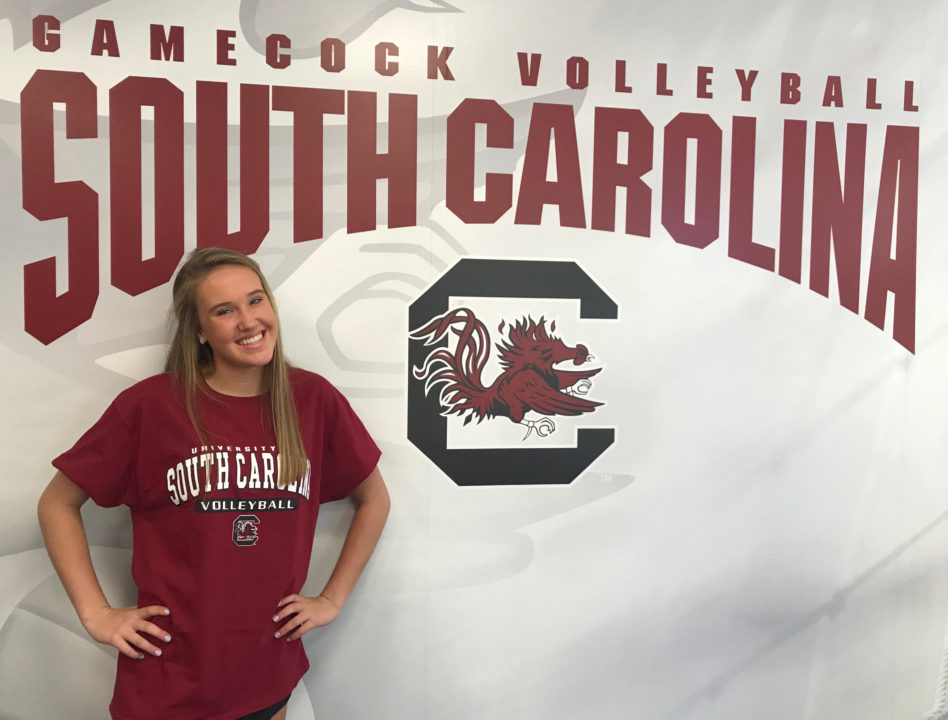 South Carolina has landed a class of 2020 setter in Avery Crowder. Archive Photo via Barb Crowder

On the club side of things, the 6’0″ Crowder plays with Rockwood Thunder Volleyball Club – recently the 16 Navy team. With the 15 Navy team in 2017, she earned third place in the 15 USA Division at the 2017 GJNC. Video highlights of her play can be seen here via her Hudl recruiting profile.

South Carolina finished 2017 at 12-18 overall and 5-13 as a member of the Southeastern Conference (SEC). Their 2018 season – in which they are preseason picked to wind up 9th in the SEC – begins on August 24 against Texas A&M Corpus Christi before meetings with East Tennessee State and Clemson to round out the inaugural weekend.

Congrats to 15 Navy’s Avery Crowder who just became our first commitment for the Class of 2020! Avery has committed to play volleyball for the University of South Carolina starting in the fall of 2020! #rtvbc #collegebound @GamecockVolley @PrepVolleyball pic.twitter.com/B7zpQ33znm