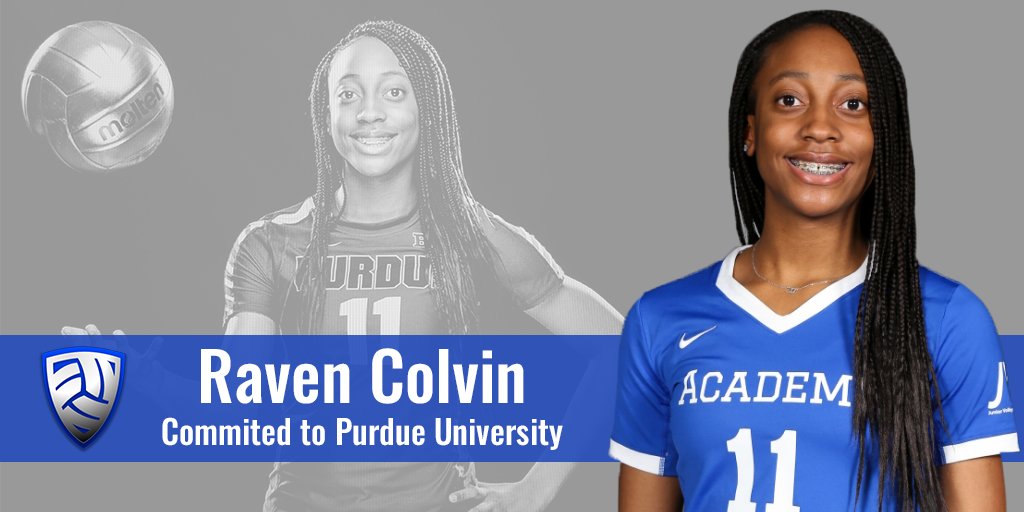 Class of 2021 middle blocker Raven Colvin has committed to the Purdue University women’s volleyball program. Colvin becomes the first recorded 2021 commit for Purdue in the VolleyMob Recruiting Database, although they have a few already for 2019.

A 5’11” freshman at Heritage Christian High School in Indianapolis, Indiana, Colvin’s was part of a team that went 15-15 in her first year of varsity action. According to her MaxPreps profile, she posted 176 kills (1.8 per set) on a .215 hitting percentage and 93 blocks (0.9 per set).

Colvin, who owns a 10’2″ approach jump, also extends her prep play with The Academy Volleyball Club, specifically the 15-1 Elite Venom team. Video of her play can be seen below via her club’s YouTube channel:

Purdue is coming off of a 23-10 season in which they went 12-8 in the Big Ten and made the second round of the NCAA Tournament. All three of their middle blockers on their 2018 spring roster are upperclassmen, meaning any players to join Colvin at the position group in the fall of 2021 will be fresh faces to right now.