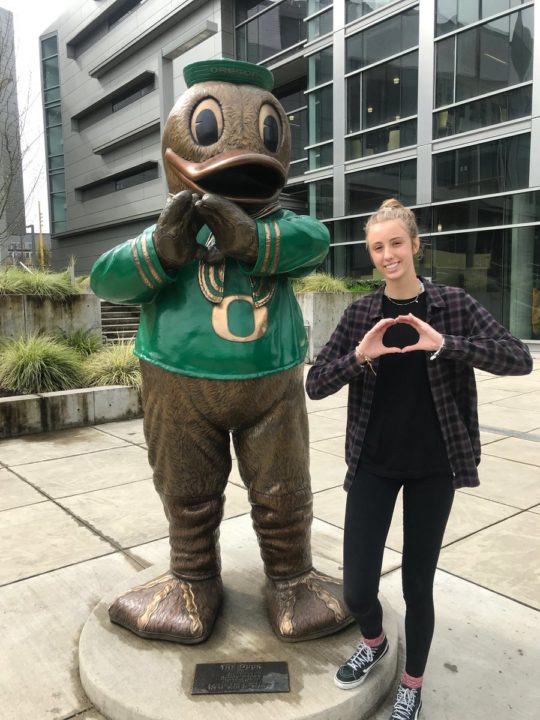 Oregon is looking toward the future with a commitment from class of 2021 MB/OH Reagan Hope. Archive Photo via Arizona Storm VBC (@az_stormvbc)

Class of 2021 recruit Reagan Hope has announced her commitment to the University of Oregon women’s volleyball program. A 6’2″ middle blocker and outside hitter, Hope becomes the first class of 2021 Oregon commit listed in the VolleyMob Recruiting Database, with a few others already committed for 2019.

On the club circuit, Hope plays with Arizona Storm Club Volleyball and the 15-Thunder team, who announced her commitment on Twitter:

Congratulations to 2021 AZ Storm 15 Thunder Middle Blocker Reagan Hope on her commitment to play volleyball at Oregon!! I’m so proud of this stud!! She’s gonna be a Duck!! @rgnhp @OregonVB @PrepVolleyball pic.twitter.com/qTSKkMAeHt

Oregon is fresh off of an 18-12 season in which they went 10-10 playing in the Pac-12 Conference. They also made it to the NCAA Tournament and won a match to advance to the second round.