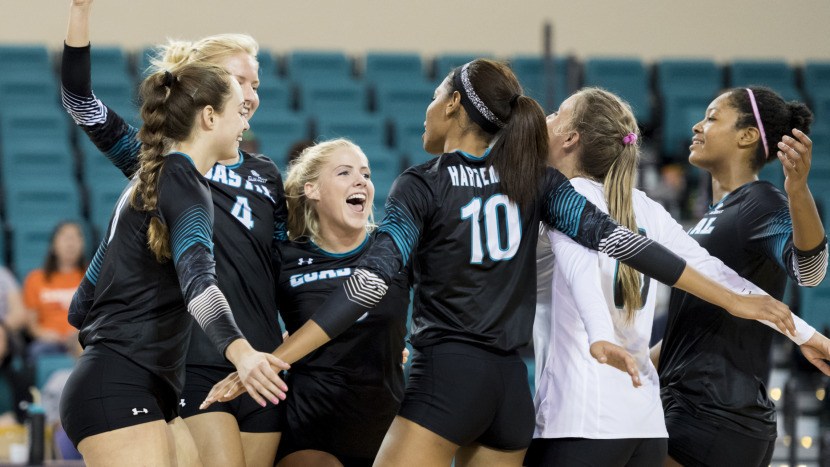 The preseason Sun Belt Conference predictions and honors are out, with Coastal Carolina and Texas State picked to win their respected divisions. Additionally, the Bobcats put the most players on the Preseason All-Conference Team with four.

As they did with players, Texas State dominated the West Division poll with 10 first place votes led by the Sun Belt Preseason Defensive Player of the Year, Micah Dinwiddie. Only Arkansas State and Louisiana got another, with one per school. In the East, Coastal Carolina’s lead wasn’t nearly as wide as the Bobcats over their divisional foes; they did still get eight first place votes though which put them just four points overall in front of South Alabama, who got four first-place selections.

For Coastal Carolina, they’ll be looking to win their third consecutive Sun Belt Championship. Texas State was the team they beat in the championship match, so this could be a season of revenge.

Beyond the Chanticleers making the postseason and the NCAA Tournament – with a first round loss to Creighton – Arkansas State, who would be slated for fourth based on overall points, was the lone team to play after the conference tournament after they advanced in the NIVC Tournament. They’ll feel confident in 2018 with the league’s preseason offensive player of the year (Carlisa May) and setter of the year (Ellie Watkins).

Keeping things going with individuals, 11 of the 12 selections earned postseason honors in 2017, with eight earning first-team distinctions. Arkansas State putting a pair of players on the list puts them in distinct company with Louisiana and Texas State as the only schools with multiple selections.

The full list of honorees and predictions can be seen below: