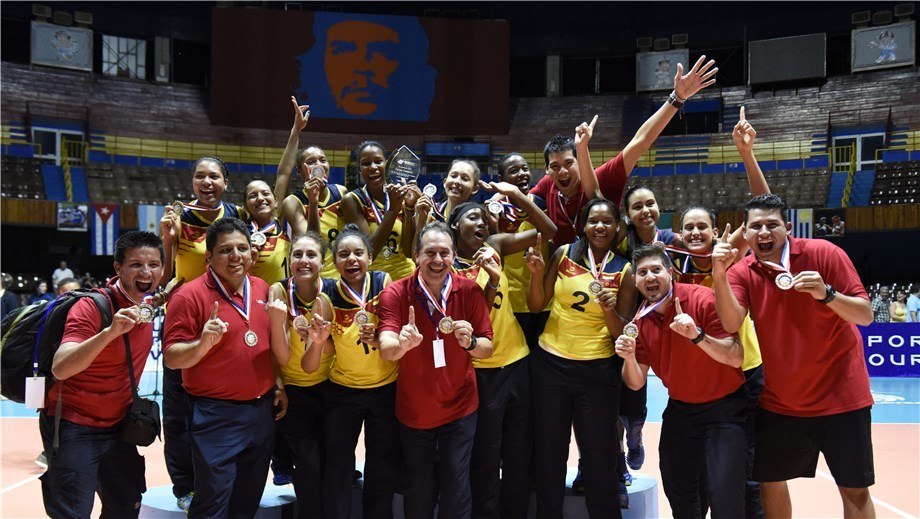 Columbia punches their ticket to the 2017 age-group FIVB Volleyball Girls' U18 World Championship in Rosario and Santa Fe Argentina. Current Photo via FIVB

The U18 World Championships will be held in Rosario and Santa Fe, Argentina from August 18-27. Cuba and fifth-placed Mexico also earned their spots at the World Championships. Argentina, as the host got an automatic bid, while NORCECA champions Dominican Republic were already qualified among the 10 teams that competed at the cup.

Emelys Martinez and Manuela Ibarguen played big roles offensively for Colombia in the gold medal match, scoring 12 and 11 point, respectively. Teammate Valerin Carabali earned the MVP selection at the tournament after contributing five blocks for the Colombians in addition to her 21 total at the competition.

On the other side of the net, Cuba’s Ailama Cese put down and match-best 14 points in the loss.

Six more teams will qualify for the World Championships for the European Championships – which are underway currently. The final team will be decided by the FIVB based on world rankings.