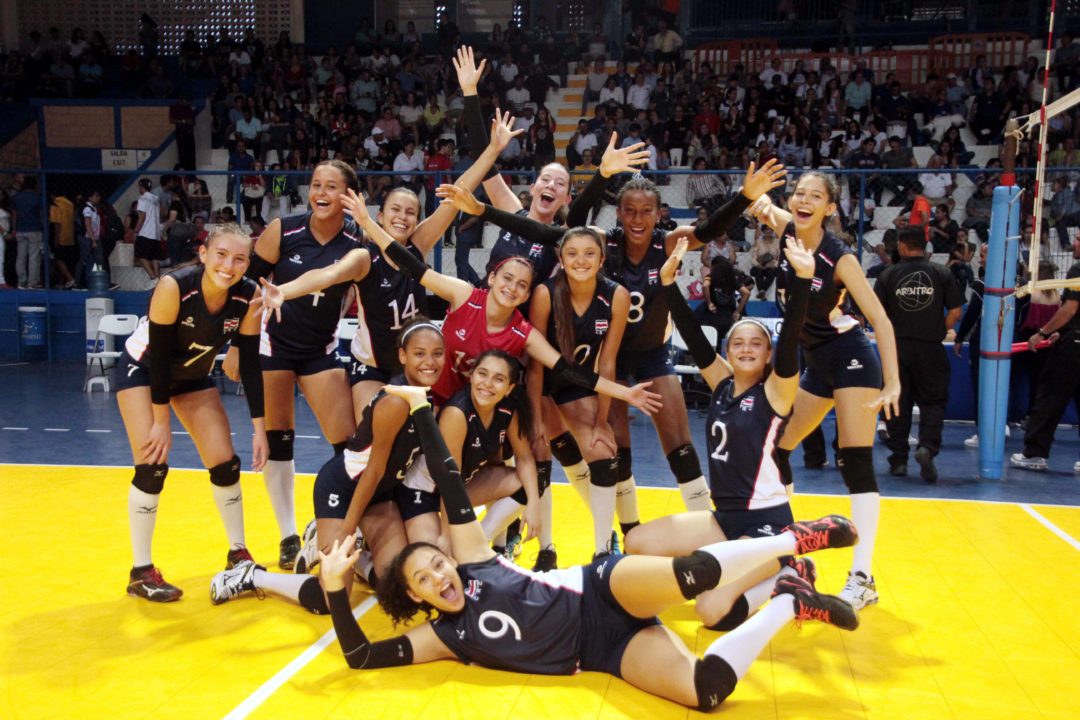 Nicaragua finished the tournament on a strong note by getting a sweep over Barbados to finish in 7th place at the NORCECA U-18 Championships. They were led in scoring by their middle blocker, Masiel Brenes. She finished the match with 11 kills, 1 block, and 2 service aces. Their opposite, Maria Arcia, was right behind with 7 kills, 1 block, and tied the match-high ace total with 4. Their other middle blocker, Aura Balmaceda, also scored from 4 aces and added a block to her point tally.

Costa Rica utilized a balanced attack to sweep Honduras and leave with 5th place. They did not have any player finish with double-digit scoring, but they didn’t need it. Nicole Mata led the way with 9 points on 8 kills and a block. Ana Rojas and Lakysha Thompson both finished with match with 8. Rojas, an opposite, scored from 5 kills, 2 blocks and 1 ace. Thomspon scored on 6 kills and 2 blocks. Priscilla Alfaro, the second opposite used in their 6-2 offense, scored 6 points on 4 kills and 2 blocks.

Honduras got 10 points from their opposite, Rocio Duron. She put away 9 kills and added 1 block to her point total. Dazly Duran and Natalia Reyes both scored 8 points. Duran scored on 6 kills and 2 blocks. All of Reyes’s 8 points came on kills. No other player for Honduras scored more than 3 points.