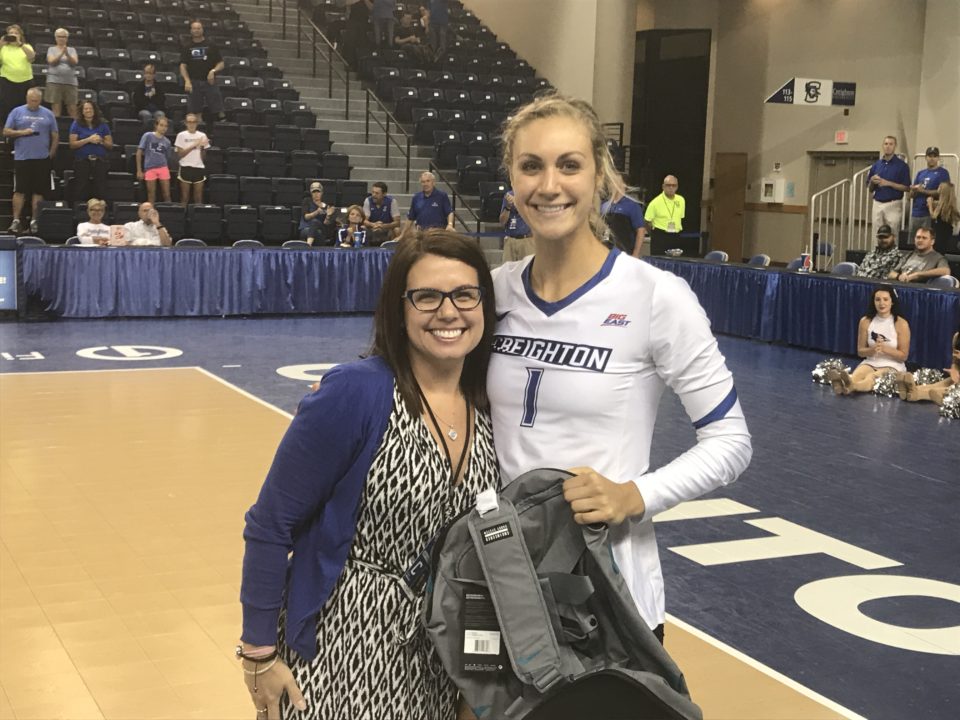 All-American setter Lydia Dimke won't be playing for #7 Creighton in their match against #23 Iowa State as she nurses an injury. Archive Photo via Creighton Athletics

The Creighton BlueJays will be without their All-American setter Lydia Dimke for a match tonight against #23 Iowa State, as she is not expected to play with an undisclosed injury according to Creighton.

2016 BIG EAST Player of the Year Lydia Dimke on crutches and not expected to play today for vs. #19 Iowa State due to injury.

Dimke played in Creighton’s last match, a road loss to RV Wichita State, and appeared in all four sets, totaling 40 assists, 15 digs and seven kills. However, the injury occurred at the end of the match for Dimke, causing her not to start vs. Iowa State. It is unclear what exactly the injury is, but it would be safe to assume it is a lower body injury based on the crutches.

Creighton has two other setters on their 2017 roster – senior Kenzie Crawford (who also plays as a defensive specialist) and freshman Jaclyn Taylor. Both are in tonight’s starting lineup, as Taylor figures to take over setter duties. On the season, Taylor has played in 13 sets over eight matches and recorded four assists and two digs.