Why Creighton Can Win the National Title in 2017 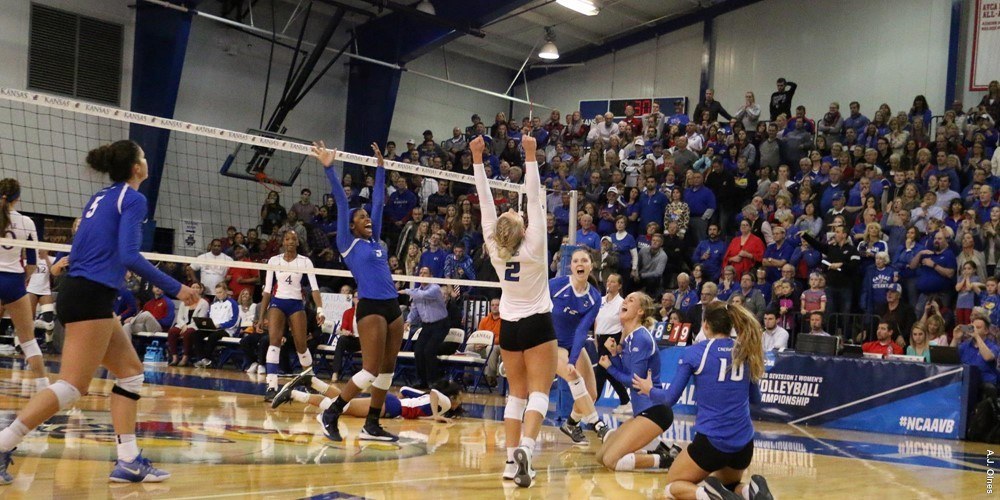 Creighton Women's Volleyball has almost all of the cast back together in search of another deep tournament run. Current Photo via Creighton Athletics

Including today, there are eight Mondays left before the start of the NCAA Women’s Division I Volleyball season. To countdown the season, VolleyMob is starting a new series as we inch closer to late August. Each of the final eight weeks, we countdown the top 8 teams in our latest preseason top 25 poll and explain why their fans should have high hopes for their national title chances. So, for example, since there are eight weeks left we look to the team ranked eighth in our poll: the Creighton Bluejays.

After a deep run in the 2016 NCAA Tournament, Creighton brings back a majority of their contributors in 2017. If things break right for them or they show even more improvement, the Bluejays could have a shot at winning the National Championship.

In 2016, Creighton started the year just 6-6. It was a tough stretch that featured Wichita State, Iowa State, Northern Iowa, Kentucky, USC, Kansas, TCU, Kansas State and Nebraska, with the Cornhuskers being the sixth of the losses. However, in that match, Creighton jumped ahead 1-0 in Lincoln and even barely lost the third set in extra points. They would lose the match, but take away plenty of confidence after hanging with the number one team in the country at the time. From that point on they won 23 straight matches, a number that was composed of an 18-0 Big East record, a Big East Tournament championship and wins over Northern Iowa, Kansas and Michigan in the NCAA Tournament. They finished the season 29-7 (tied for a school record in wins) and ranked ninth in the final AVCA Poll as they made the school’s first ever Elite Eight.

Things could go even better in a run to the title because Creighton returns so much talent, led by Big East Player of the Year and AVCA Third-Team All-American setter Lydia Dimke. The 6’3″ senior impressed in her first year after transferring from Purdue, as she ranked second in the country in total assists (1,454) and 12th in assists per set (11.36). Jaali Winters, who was AVCA All-America Honorable Mention in 2016, was the Big East Player of the Year prior to Dimke’s arrival in 2015 and is back for her junior season. Junior outside hitter/right side Taryn Kloth joined Winters on the AVCA All-America Honorable Mention list while the team also returns Second-Team All-Big East middle blocker Marysa Wilkinson and libero Brittany Witt, who led the team in digs per set (4.09) and was third on the team in aces (29). The only player who started half of the matches (or more) that Creighton loses is middle blocker Lauren Smith, who led the Bluejays in blocks in 2016. Megan Ballenger should help fill the void, as the soon-to-be redshirt sophomore had six kills in the NCAA Tournament match against Kansas.

With all the returnees, Creighton has five of its top six in kills back. They also have their top two in assists, top five in service aces, six of the top seven in digs and five of their top six in blocks back. To put it simply, Creighton is loaded with experience and proven talent in 2017.

Dimke will be the biggest key if Creighton is to make a deep run in 2017. The setter was magnificent in her first year with the Bluejays in 2016 and will look to improve on her performance. At 6’3″ she gives Creighton another threat at the net on both ends, as she was one of the more aggressive setters in the country last year. She will also be looked upon for some more defense with Smith graduating. The good news is that with Dimke, the Bluejays don’t have a short six-rotation setter who has to play in the front at times. Creighton isn’t a huge team up front, but they definitely have really solid length if Dimke (6’3″), Winters (6’3″), Kloth (6’4″) and/or Brittany Lawrence (6’4″) are up at the net.

In 2017, Creighton will have a difficult non-conference schedule with 2016 NCAA Tournament teams Pittsburgh, Washington (who ranks third on our Bit-Too-Early Preseason Top 25), Kentucky (our #18 team), USC, Northern Iowa, Purdue (our #25 team), Kansas (our #5 team), Wichita State and Iowa State. However, they should be able to roll through Big East play again, giving them time to figure things out and work out any kinks.

The biggest difference to end 2016 for Creighton compared to the beginning was how well they served. Not just in terms of ace totals, but they really made other teams uncomfortable and put them out of system with aggressive serving. If they can continually do that, improve on some little things and be just as explosive on offense, they’ll have a shot at a National Title in 2017. Creighton should be on a big winning streak come the 2017 NCAA Tournament and maybe being hot again will work in their favor. After last year, they should have the committee’s attention to and have a great shot to host a first/second round. If they can navigate their non-conference slate at a high-clip and win maybe nine or so of their first 11 matches, they could even have an outside shot at a top four overall to host to the final four. Given the team’s experience, talent and coaching that all return, Creighton has a great chance at another deep NCAA Tournament run. And who knows, maybe with a few breaks here or there and some team improvement, they could hoist the National Championship trophy come December of 2017.