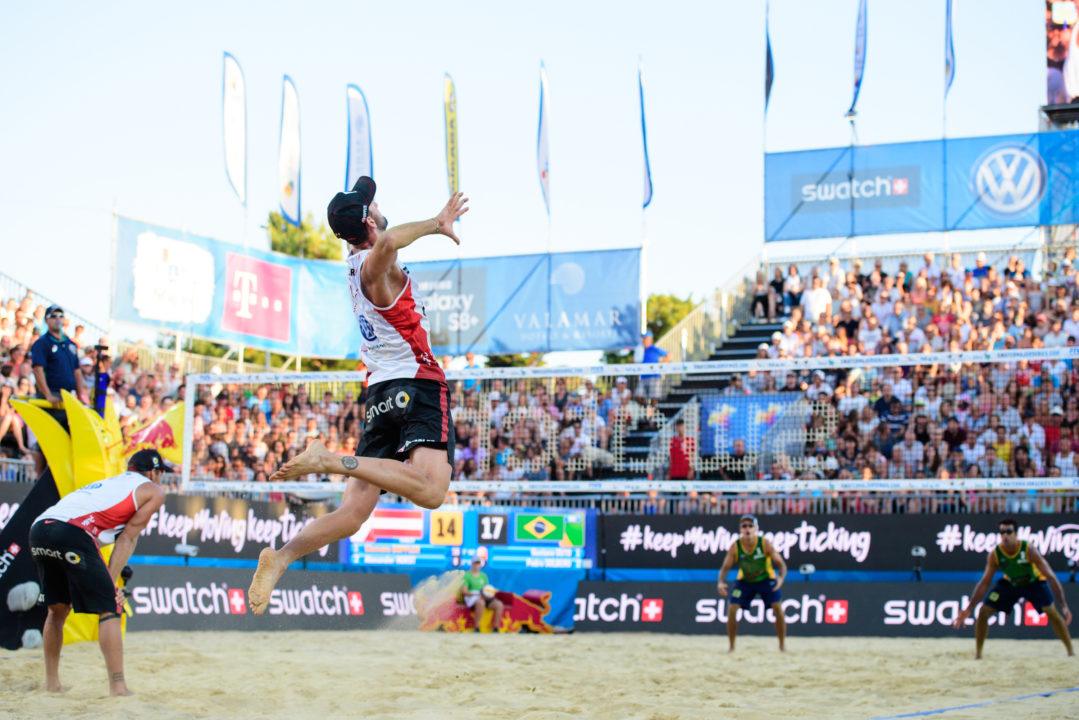 Three-time Austrian Olympian Clemens Doppler has almost $600,000 in career earnings, and at 36-years old says that ‘age is just a number.’

Speaking at last week’s FIVB World Tour Major in Porec, Croatia, Doppler relayed his excitement about playing in the upcoming World Championships in his home town of Vienna, “10 minutes from his house.” Playing with long-time partner Alexander Horst, who have been together since the 2012 Olympic season, Doppler fell to Brazilians Pedro Solberg and Gustavo Carvalhaes 2-0 in the quarterfinals. Solbergo and Guto would go on to win the event in Sunday’s final.

Dropper/Horst are the 12th seed at the upcoming Beach Volleyball World Championships. They will play in Pool L in the opening round of the tournament, along with Saxton/Schalk (Canada), Raoufi R./Salemi B. (Iran), and Vandenburg/Nusbaum (Canada).