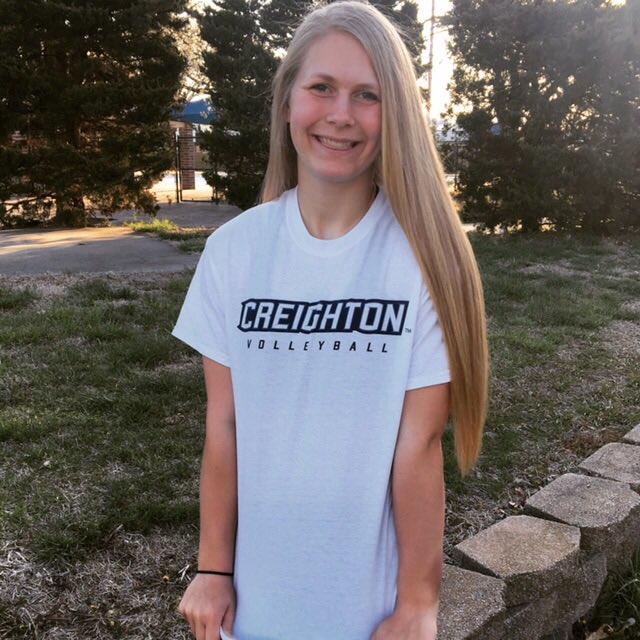 Class of 2021 recruit Kendra Wait has committed to the Creighton University women’s volleyball program. A 5’10” setter, Kendra is the sister of former Kansas Jayhawk and Big 12 Libero of the Year Cassie Wait. She will join the Bluejays for the fall of 2021 season.

On the club circuit, Wait plays with MAVS Volleyball – specifically the ASICS MAVS 16-1 team. Dating back to the squad’s tournament schedule in January, Wait has been a part of six first place finishes across different events.

Creighton is coming off of a 26-7 season in 2017 in which they earned the right to host in the NCAA Tournament as the #9 overall seed. It’s of note that Wait chooses Creighton over her sister’s alma mater in Kansas, as the two have engaged in quite the rivalry on the court of late as well as on the recruiting trail.

Wait also becomes the first 2021 commit for the Bluejays that has been recorded in the VolleyMob Recruiting Database, although Creighton does have three class of 2020 commits already – including two from the state of Kansas.

Creighton has secured its first verbal commitment for 2021 in 5’10 setter Kendra Wait. One of the top freshmen in the nation according to PrepVolleyball. Her older sister, Cassie, was the Big 12 Libero of the Year in 2016 and helped lead Kansas to the Final Four in Omaha in 2015. pic.twitter.com/Jcqt98vBlZ

GUYS, the most kind hearted person i know has decided to continue playing volleyball and receive a great education at Creighton and i couldn’t be more proud of her !!! Love ya long time sista ? pic.twitter.com/Oc0tHAZSHp