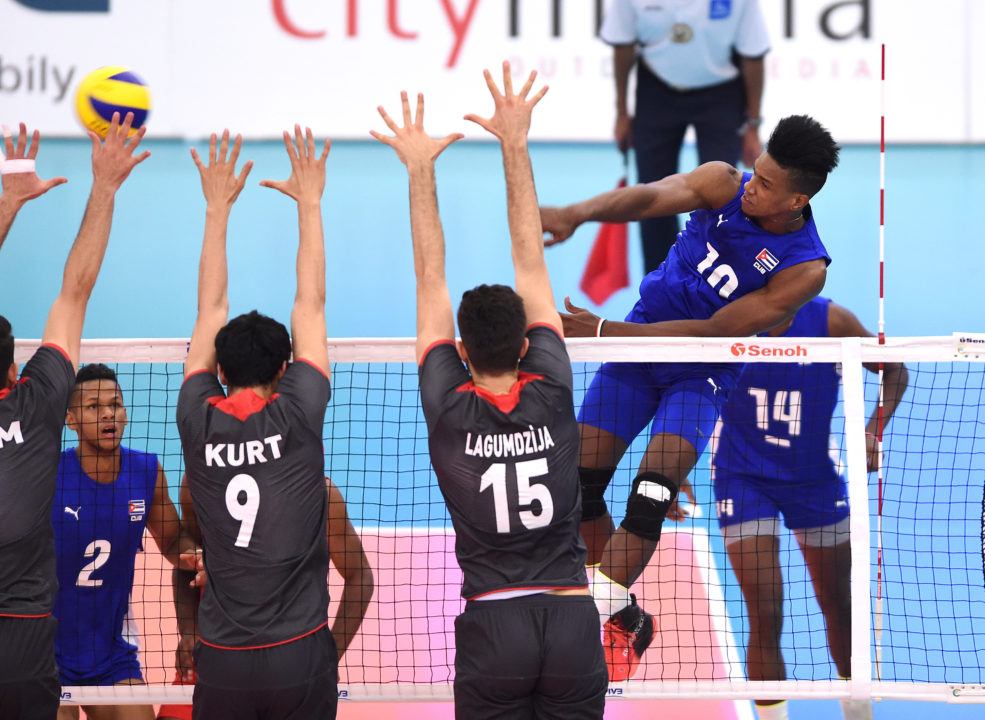 Miguel David Gutierrez Suarez (#10 in blue), signs with Ravenna in the Italian Serie A1. Current Photo via FIVB

Ravenna of the Italian men’s Seria A1 League has acquired a young Cuban opposite in Miguel David Gutierrez Suarez for the 2017-18 season.

This year, Gutierrez was the opposite for the Cuban U21 national team that won the silver medal at the World Championships in the Czech Republic. There he was the named the Best Opposite of the competition. Gutierrez ranked 10th in scoring with 116 points on 97 kills, six blocks and 13 aces.

“He is a very interesting player who has shown his potential at the Pan American Cup as well. I think he is the main weapon on the Cuban national team. Our team will grow together with him in the challenging Serie A1,” said Ravenna head coach, Fabio Soli.

Last season, Ravenna finished ninth in the regular season, not making it to the playoffs of the league by one match. However, they ended with a fifth place finish in the 5th-12th place playoffs, winning over Piacenza.