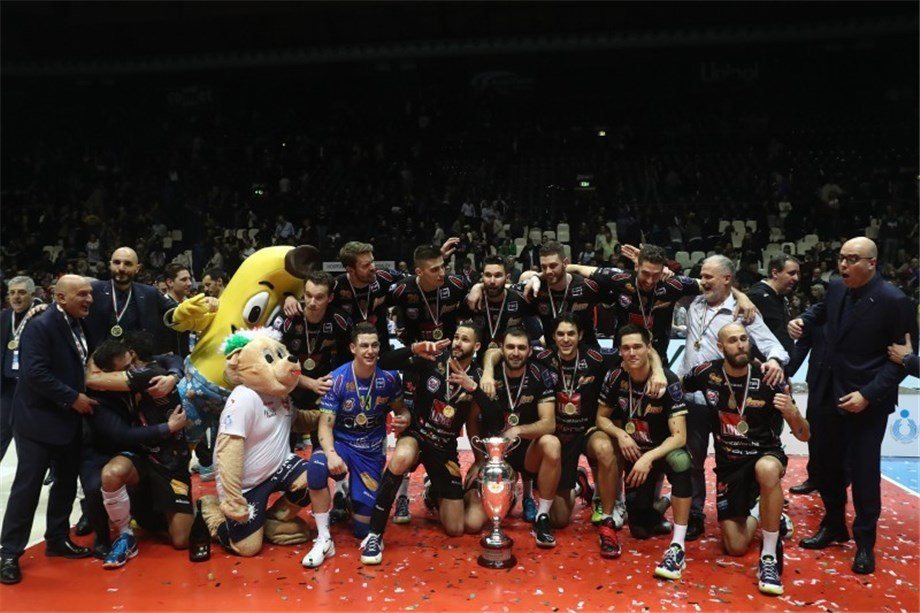 In front of 9,000 fans at the ‘Unipol Arena in Casalecchio di Reno, Cucine Lube Civitanova brought home their fifth... Current Photo via FIVB

In front of 9,000 fans at the ‘Unipol Arena in Casalecchio di Reno, Cucine Lube Civitanova brought home their fifth Italian Cup with a four set victory over Diatec Trentino.

“Today we faced a huge challenge of our character and we had to ensure we played point for point, especially in the most difficult moments,” said coach Gianlorenzo Blengini.