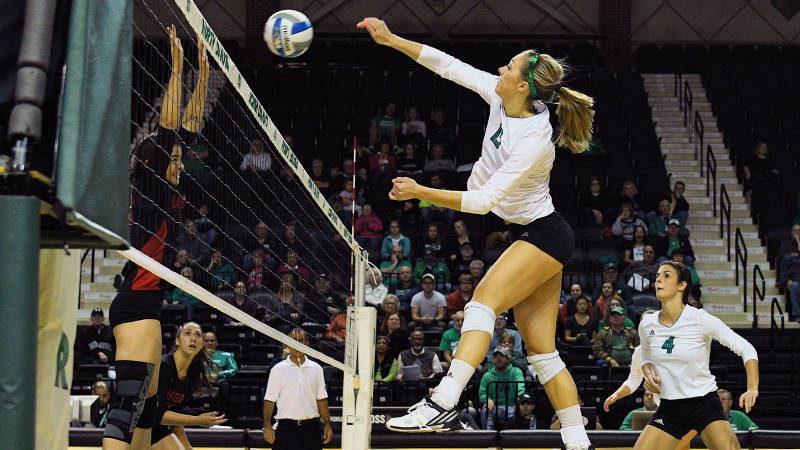 North Dakota looks to be the first NCAA team to 10 wins as they take on in-state rival North Dakota State. Current Photo via Russell Hons for UNDsports.com

As week three continues, six matches occur on Wednesday, September 6. All of the 12 teams in those six matches come from non-Power Five schools, led by an in-state rivalry that features the team with the most wins in the country to this point.

Leading the day is an in-state rivalry between one of the top Summit League teams from 2016 vs. the best of the Big Sky from last season.

North Dakota has already played 10 matches after loading up the early part of their schedule. They’ve taken advantage of it too, recording nine victories, two more than any other team in the country to this point in the season. They’re coming off a strong 2016 too when they won 26 matches before falling to Minnesota in the NCAA Tournament first round.

North Dakota State will try to give one of its rivals a loss and continue building on a strong finish to 2016. They were just 2-12 in the non-conference last season before going 11-5 in conference play and advancing to the Summit League semifinals. They’re already experiencing a better start to 2017 with a 4-2 mark and could really add to it with a win over a team they were swept by last year.

Visiting Seton Hall is riding a three-match winning streak after a loss to Colorado as they are looking to build off their 16-16 campaign in 2016. Princeton has won two of three, including one over ACC-opponent Boston College as they look to be a strong contender in the Ivy League once again after winning the league last season and making the NCAA Tournament.