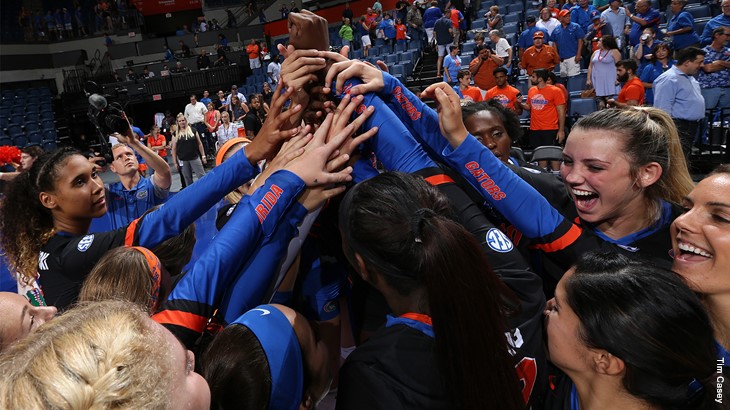 Florida takes over the top spot after #1 loses again and the Gators nabbed their third top-15 victory. Archive Photo via Florida Athletics

After week one saw plenty of shuffling, week two saw several teams score big wins only to get upset to a different team. Meanwhile, for the second straight week the number one team in the country lost as Penn State took down the defending National Champions, Stanford, to keep the shuffling at the top going in week two.

Beyond that, one common theme throughout the top 25 is resume, which is re-evaluated every week. This early in the season, who you’ve beaten and the quality of losses stands for more than simply moving up or down the rankings based on results.

(Note: * Signifies that a team dropped out of the top 25/Previous rank in parenthesis)

I’ll take this over AVCA poll. Let’s just wait and see another week on MN. TX will be a good litmus test. On these weekly rankings, another bullet noting the up-coming week, or at least up-coming highlights would be appreciated.

Thanks for the feedback USD Fan – we’ll see if we can work that in.