Cyclones Down #14 UNI in Front of Sellout Crowd 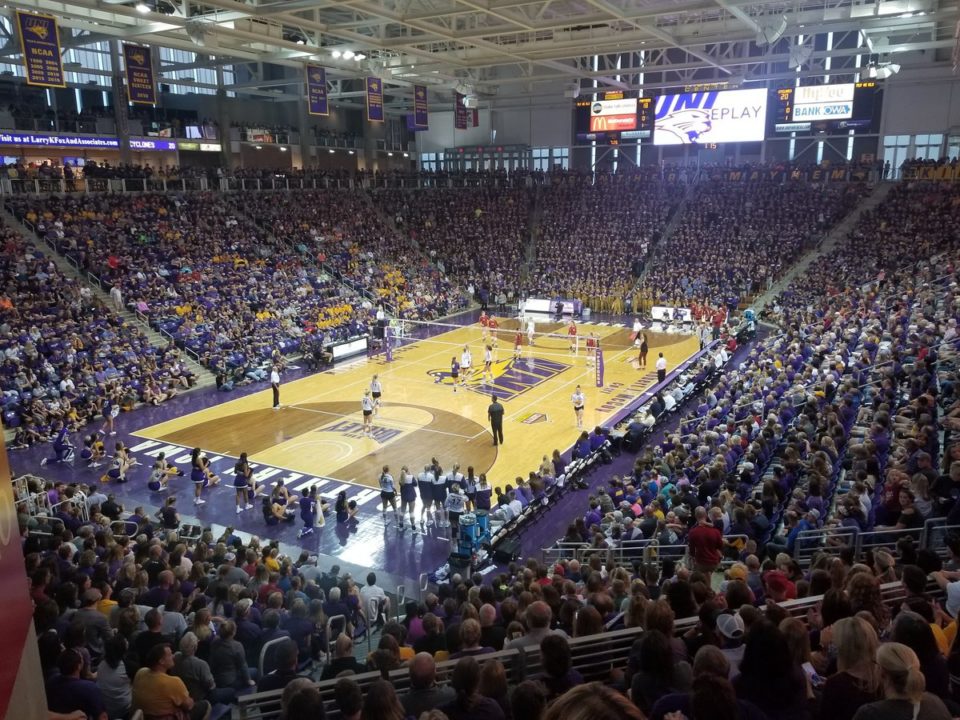 It was a battle every step of the way, but Iowa State prevailed over 14th-ranked Northern Iowa, 3-0, in a front of a sellout crowd in Cedar Falls, Iowa. Current Photo via Iowa State Athletics

It was a battle every step of the way, but Iowa State prevailed over 14th-ranked Northern Iowa, 3-0, in a midweek matchup in Cedar Falls, Iowa. The Panthers welcomed a raucous, sellout crowd into McLeod Center for the in-state showdown for the first time in program history.

All we have to say is… WOW. Thank you Panther Nation! pic.twitter.com/4mSLx4FfSN

The Cyclones were dominant on the block, tallying 9 team blocks to the Panthers 2, and outhit their opponents .306 to .202.

In the first set, UNI built an early 4-point lead before Iowa State came racing back with an 11-4 run. The Cyclones held onto their advantage from there to win game one, 25-20.

Iowa State carried its momentum into the second set, rattling off the first 6 points of the set. UNI cut the deficit to 1, but that is the closest the Panthers would get as the Cyclones claimed the result, 25-20.

The finale set was as tight as it could be, as the Cyclones and Panthers fought back-and-forth through 16 ties before Iowa State could end it, 32-30.

Iowa State organized a bus for the fans, who enjoyed seeing the Cyclones down a Top 25 foe after falling out of the rankings this week.

#cyclONEnation out enjoying their bus trip to UNI and showing off their Cyclone Power! 💪