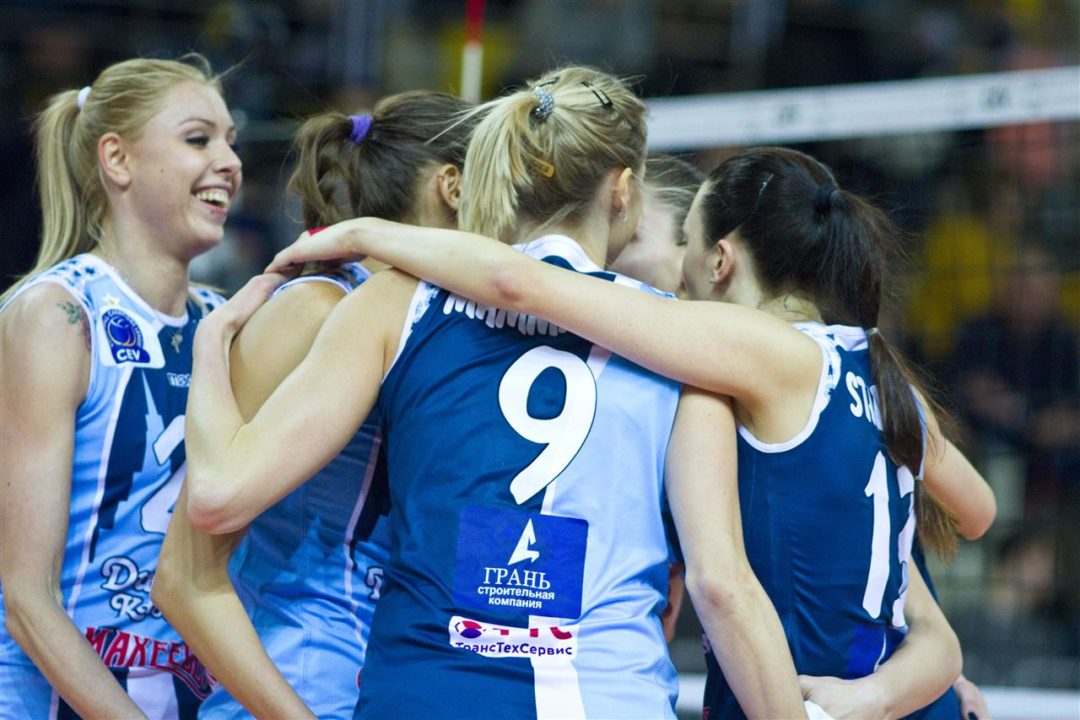 Dinamo Kazan proved to be too strong for the Polish squad Chemik Police in the second leg of the Championships League. Current Photo via CEV

Dinamo Kazan proved to be too strong for the Polish squad Chemik Police in the second leg of the Championships League. The Russian team took down the Polish champions 3-0, (25-17, 25-20, 25-19) – without any troubles.

“They served very strong, especially Voronkova. Nobody in the Polish league can serve that strong, so it was something new for us. My players tried to adjust to it, but it took too much time. We fought, but Dinamo was stronger and that is the reason for our 0-3 loss,” said Jakub Gluszak, coach of Chemik Police to the CEV.

This was deemed the “Match of the Week” for the Champions League, but it turned out to be an easy route for Dinamo Kazan.

Irina Voronkova led Dinamo Kazan to victory with 17 points while Natalya Mammadova and Irina Koroleva added another 14 and 13 points in the win. In total, Kazan served up nine aces in the match, with four players recording two aces apiece.

For Chemik Police, Katarzyna Zaroslinska-Krol was the only player to eclipse the double-digit scoring mark with 13 points in the loss.

Up next, Dinamo Kazan will take on Vizura Ruma on January 25, while Chemik Police will try to redeem themselves on January 24 against Maritza Plovdiv.