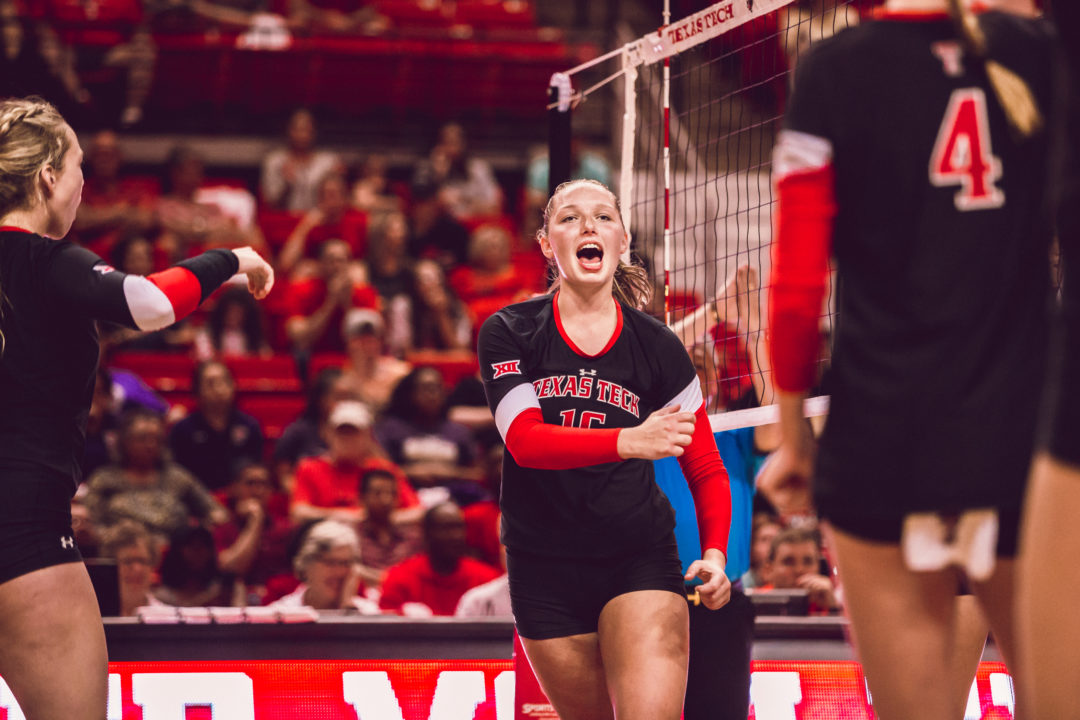 Junior Emily Hill earned her 1,000th career kill in Texas Tech’s thrilling 5-set victory over Kansas State on Wednesday night. The 6-1 outside hitter has amassed 1,009 kills in less than 3 seasons.

The moment @emilyhill_16 reached 1⃣,0⃣0⃣0⃣ kills for her collegiate career!

Hill, who began her collegiate career at Mississippi State, posted 382 kills as a freshman for the Bulldogs. Transferring to Texas Tech for the 2017 season, she added 416 kills to her career total.

With 11 kills in tonight's win, congrats to @emilyhill_16 on eclipsing 1⃣,0⃣0⃣0⃣ kills for her collegiate career!

The Denton, Texas, native has been named 2018 UTRGV Tournament MVP and to the 2018 Thunderdome Classic All-Tournament Team so far this year. Last season, she was named MVP of the Red Raider Classic in 2017.

Texas Tech has put together a successful year so far in 2018. The Lady Raiders, who are riding a 9-match win streak, are 15-3 overall and are off to its 2nd-best Big 12 start in program history at 4-0.

In conference play, the Lady Raiders have defeated Baylor in 4, West Virginia in 4, Iowa State in 4 and Kansas State in 5. Texas Tech is undefeated on its home floor at 6-0.