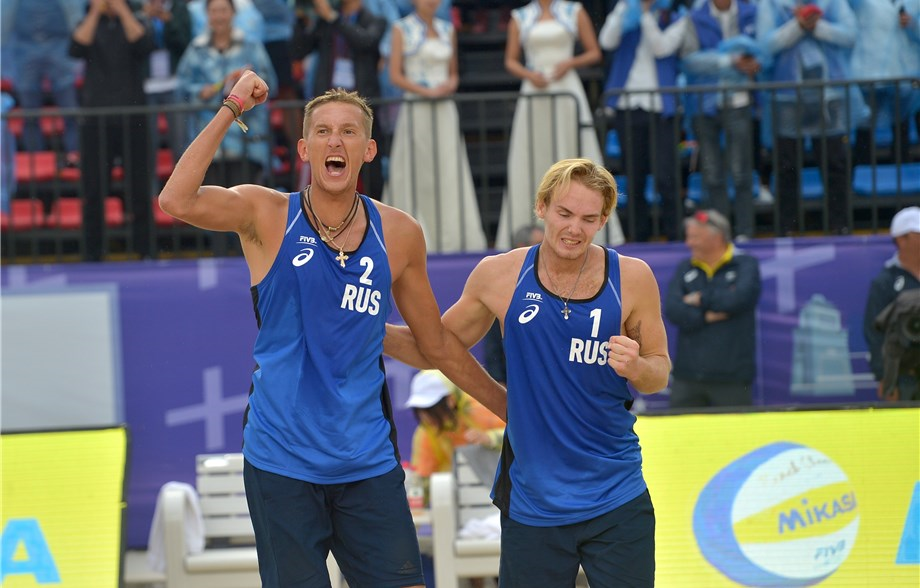 No. 5 seed Konstantin Semenov/Ilya Leshukov of Russia rallied after dropping the first set to claim the Yangzhou Four Star men's gold in tiebreak on Sunday. Current Photo via FIVB

The pair went 6-0 en route to the title, including a forfeit win in pool play and an injury victory over Canada’s Sam Pedlow/Sam Schachter in the semifinals (21-11, 21-0). The tiebreak win in the finals marked the Russians’ first three-setter of the tournament.

“It was a very important match for us because we just started playing in the World Tour this year and it was against my former partner (Krasilnikov),” Semenov said.

“We had a terrible performance in the first set. In the second and third sets, we traded a lot of points with our opponents so we had to change tactics. My partner had very good sideout today.”

Semenov/Leshukov earned their second title of the year, following a win at the Mersin Three Star in May.

No. 4 seed Krasilnikov/Stoyanovskiy notched their second podium finish of 2018, following a runnerup effort at the Xiamen Four Star in April.

No. 10 Gustavo “Guto” Carvalhaes/Saymon Barbosa Santos earned the bronze medal by default as Pedlow/Schachter were unable to go due to a twisted ankle Pedlow suffered in the semifinal.

Guto/Saymon were playing in their first tournament together since finishing second at the 2016 Klagenfurt Major. 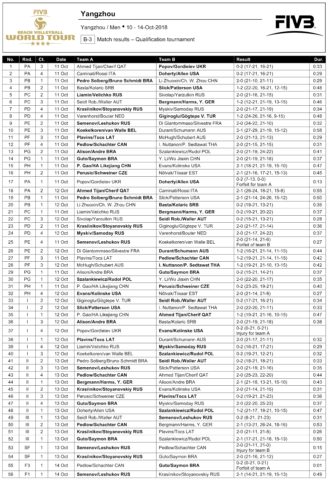