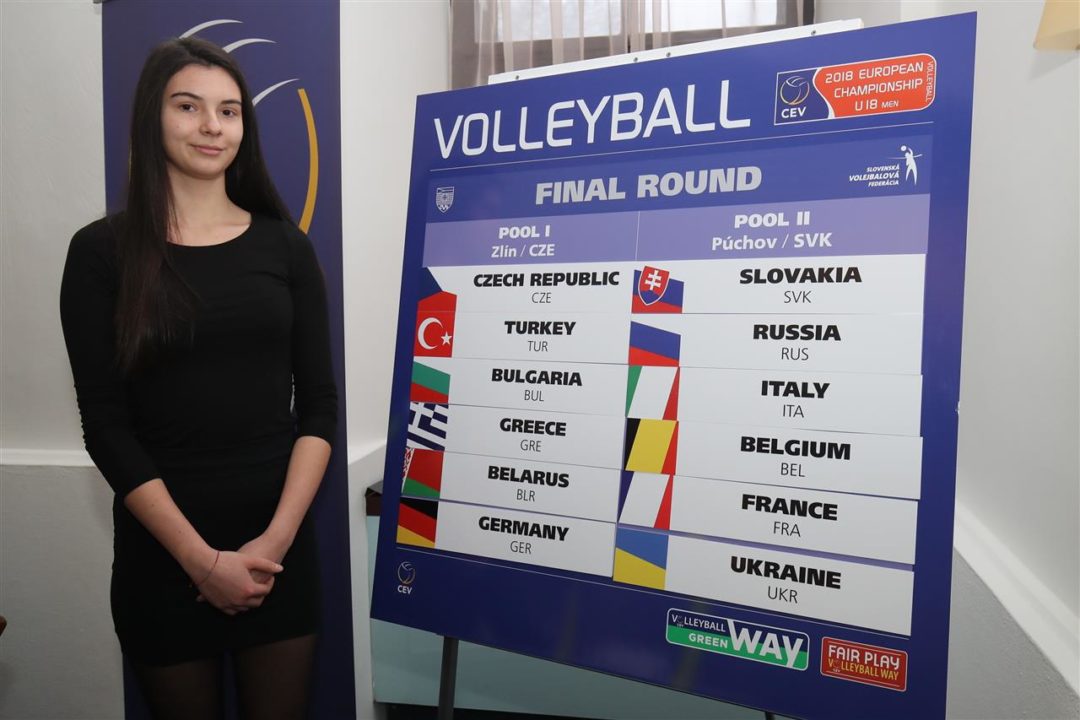 The Final Round pools for the 2018 CEV U18 Men's Volleyball European Championship have been determined after the Drawing of Lots. Current Photo via CEV

The Final Round pools for the 2018 CEV U18 Men’s Volleyball European Championship have been determined after the Drawing of Lots. The final round of the tournament will be held in Zlin, Czech Republic and Puchov, Slovakia from April 7-15.

The Drawing of Lots divided the remaining 12 teams into two pools of 6. The 12 teams were determined by seven qualifying tournaments across Europe throughout the month of January to which the 7 winners automatically earned a spot in the final round. Additionally, the 3 best second-place finishers were put into the mix along with hosts Czech Republic and Slovakia.

Teams in the competition are:

The tournament will be a round-robin style event with the top-two teams from each pool being put into the semifinals before the medal matches would commence. The third and fourth place teams from the pool will play for 5th-8th place while the fifth and sixth place finishers will leave the competition following the pool phase.

Last year, Italy won the gold at the U17 European Championship with Belgium and Turkey completing the podium.