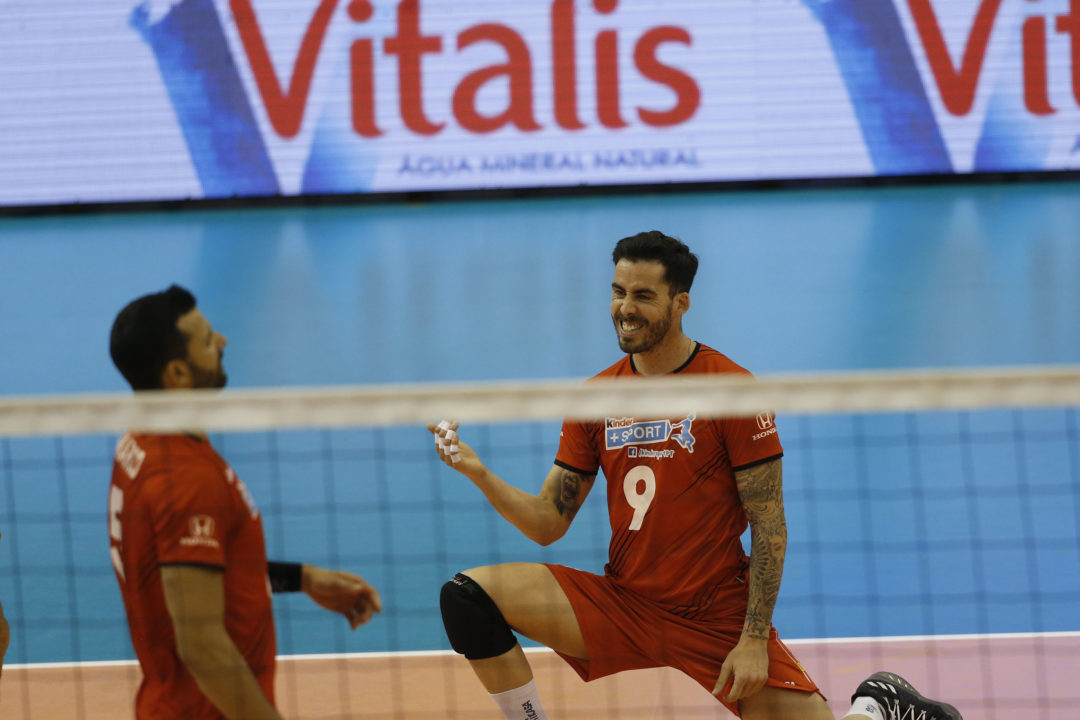 Portugal gave the home crowd plenty to cheer about as they along with Czech Republic earned opening day sweeps. Archive Photo via FIVB

A chance at making the 2019 FIVB Volleyball Nations League is on the line, as the winner of the 2018 FIVB Men’s Challenger Cup will appear in next year’s big event. The tournament, hosted by Portugal will work into the championship match on June 24 to culminate the action. Results, standings and more can all be seen below.

Estonia went 7-1 en route to winning the European Golden League and even took down Portugal in the semifinals of the event in straight sets. Portugal, of course, knew they already had a spot in this event locked up as hosts though, so may have been holding back a bit. They let out all of their top play in front of their home crowd though to start off on the right foot.

What sparked the strong showing was the difference in serve. While Portugal notched seven serves and kept Estonia guessing, the losing side had just one ace. That led to easier looks offensively for Portugal as well, who recorded 10 more kills. The effort was spearheaded by the Ferreiras in Alexandre Ferreira (23 points) and Marco Ferreira (12 points). Their combined 35 points were one more than every individual added up for Estonia.

Despite Cuba being the highest ranked team in the entire event, Czech Republic looked like the clear-cut top team as they earned a sweep. It’s quite the turnaround for the Czech side too, who started 2-4 in the European Volleyball League but hosted the final round so didn’t have to find their top gear until then, as they’ve been a completely different team since.

The block (8-3) was the most apparent difference between the nations, while the Czech side had a handful more spikes and were more efficient with six less errors. The biggest plague that caused those differences for Cuba was a lack of balance; despite the wonderful efforts of Miguel David Gutierrez Suarez (24 points), no others on the team had more than six points. Compare that to Czech Republic, who had four at seven and more in three in double-digits led by Michal Finger (18 points).

I think the FIVB has changed the rules and has eliminated the playoff stage between the Challenger’s Cup champion and the worst placed squad at VNL 2018. Here they say that the champion of this competition already replaces the low-scoring team, in men competition (www.fivb.org/en/Volleyball/viewPressRelease.asp?No=76157&Language=en), and in women’s (http://www.fivb.org/en/Volleyball/viewPressRelease.asp?No=76158&Language=en).
If I’m wrong, please tell me!

Looks right! Thanks for the info. Updated in the story.