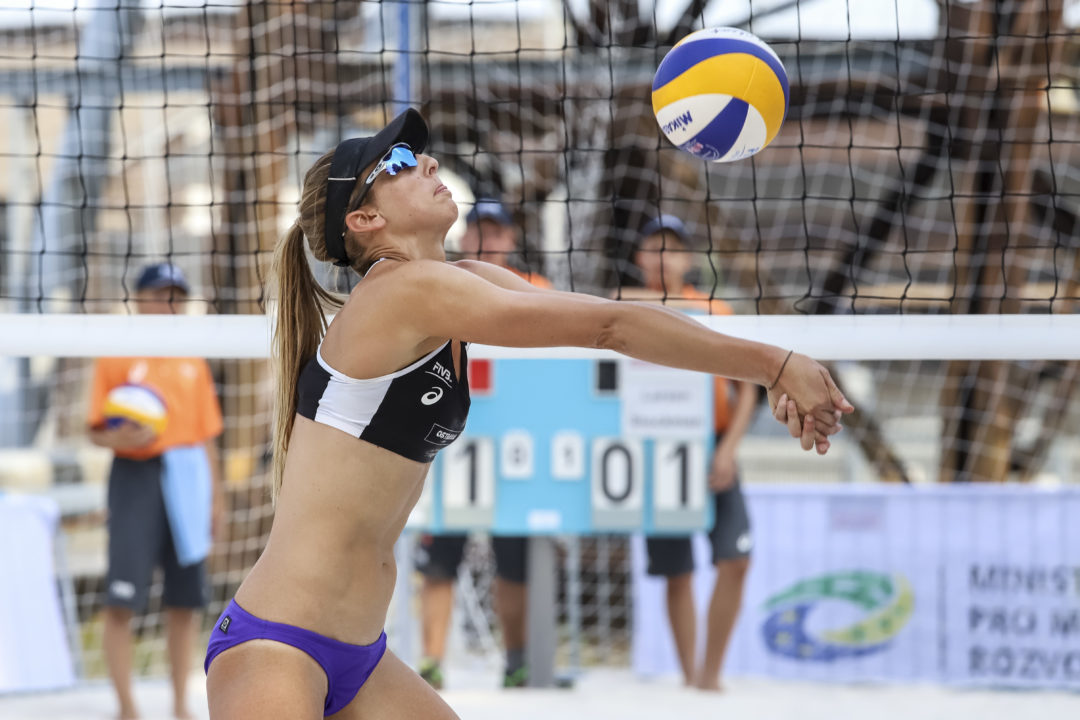 Americans Emily Stockman/Kelley Larsen were among the eight teams to move on from the women's qualifiers, while both USA pairs on the men's side failed to reach the main draw.  Current Photo via FIVB

After two rounds of qualification play, the 32-team Main Draw fields are set for the Ostrava Four Star Open.

Thirty-two men’s teams and 30 women’s teams competed to be among eight teams per gender to make it through to the main draw.

On the women’s side, Americans Emily Stockman/Kelley Larsen were among the eight teams to move on, having to play just one match to earn their spot after receiving a bye to the second round. The No. 2  duo among the qualifiers defeated Spain’s Angela Lobato/Amaranta Fernandez Navarro in straight sets (22-20, 21-14) to advance to Thursday’s pool play round.

The other seven teams that moved on were:

Four other teams moved on after three-set efforts. Among the group, Futami/Hasegawa went the distance twice on Wednesday. First, the Japanese duo bested Eliska Davidova/Sara Olivova (Czech Republic), 21-14, 21-23, 15-11. Next up, the team topped Laura Caluori/Dunja Gerson (Switzerland) after dropping Set 1 (15-21, 22-20, 15-8).

Advancing on the men’s side were:

Grimalt/Grimalt and Boehle/van de Velde played two three-set affairs apiece, with both pairs dropping the opening stanza of each match.

The men’s main draw includes top seeded Alison Cerutti/Andre Loyola and No. 2 Evandro Goncalves/Vitor Felipe of Brazil and No. 3 Alexander Brouwer/Robert Meeuwsen of the Netherlands. There are no American men’s pairs remaining in the tournament.

Two American men’s teams were among the 32 qualifiers vying for a spot in the main draw – Trevor Crabb/John Mayer and Bill Kolinske/Miles Evans.

Kolinske/Evans fell in straight sets in their opening match against Thole/Wickler (21-11, 21-16). 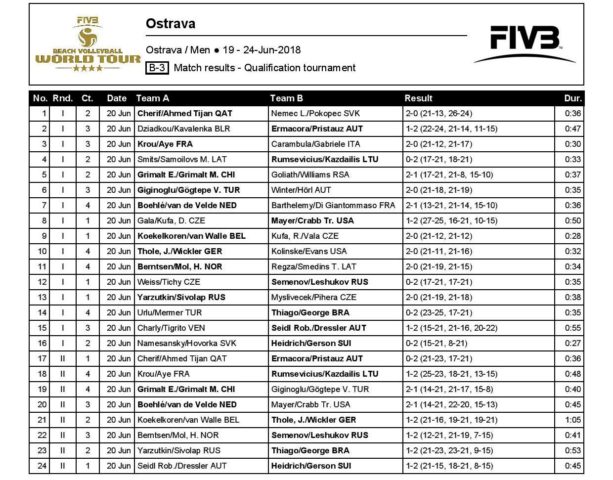 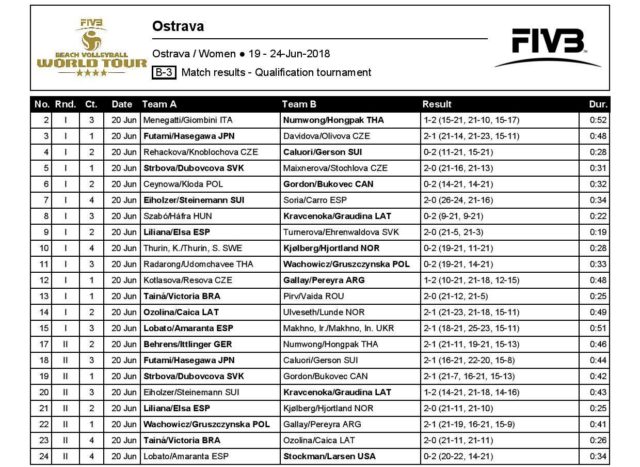