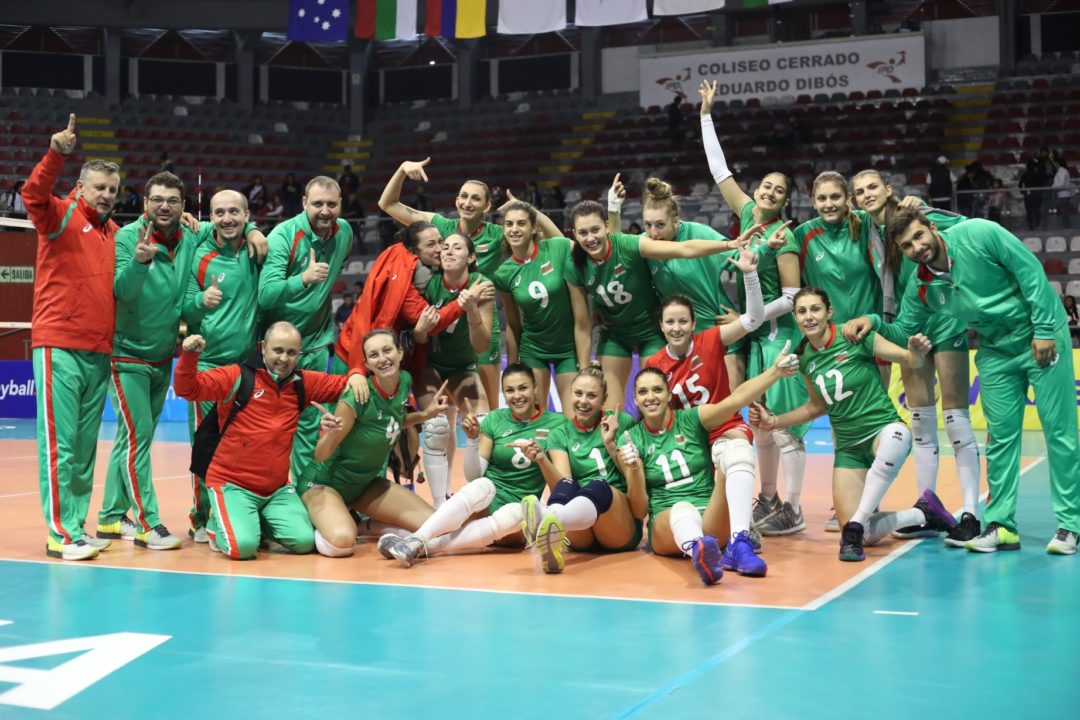 Bulgaria defeated Colombia 3-1 for Gold and a bid to the 2019 FIVB Women's Volleyball Nations League. Archive Photo via FIVB

After a first-set setback, Bulgaria rolled on to win three consecutive games and down Colombia. From there, it was all about receiving gold, celebrating the victory and planning marking down a trip to the Volleyball Nations League in 2019 on their calendar.

Both sides were sharp in terms of attack with a one kill advantage to Bulgaria (62-61). What played into it was a serve from both sides that wasn’t overly impactful, as just three aces went down among the pair of teams. That created more in-system passing and each team notched just 16 team errors – low numbers considering the high kill totals. The true x-factor in the Bulgarian victory though was their block that carved out a 19-7 advantage.

Beyond the phenomenal on-court team-action, each side had star-level performances. For Bulgaria it was Mariya Karakasheva (20 points) and Silvana Chausheva (14 points) leading a group of six players in double-digits for points. On the losing side for Colombia, Dayana Segovia (24 points) and Maria Margarita Martinez (15 points) carried the load, but with two less players in double figures it wasn’t enough to down the European side.

The match may not have had the stakes of the Gold Medal contest without a berth in the 2019 Volleyball Nations League on the line, but it was as good of play as one could ask. The five-setter eventually swung in Puerto Rico’s favor after they overcame set deficits twice and a 4-0 Peruvian run to lead 14-13 in the fifth to earn the Bronze medal and a top three finish.

The home nation almost came out on top with their stronger serving performance, as they notched a 9-2 edge in aces. However, the Puerto Rican presence and balance at the net led to 14 more spikes (67-53) and four more blocks (13-9).

Although it wasn’t everything Puerto Rico wanted out of this tournament, they should feel good knowing this was a strong step toward qualifying, especially considering their young talent. That was on full display in the win as 22 year-old Arkansas grad Pilar Victoria (19 points) and 23 year-old Minnesota grad Daly Santana (14 points) were strong. No one stood out more than Shirley Ferrer, who turned 27 yesterday and recorded a match-best 28 points. In the losing effort for Peru, Karla Ortiz (21 points), Kiara Montes (13 points) and Clarivett Yllescas (12 points) reached double-figure points.