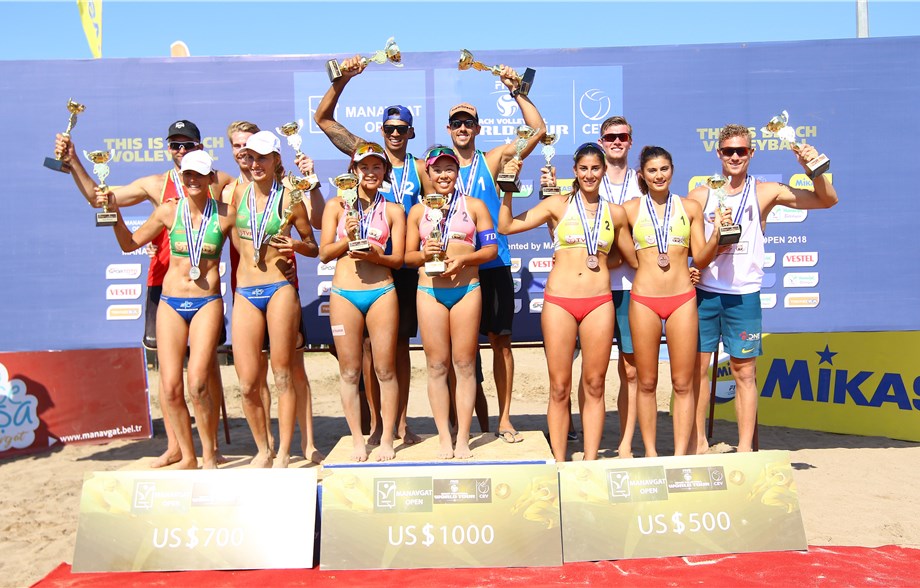 Ishitsubo/Shiba, who were in just their second FIVB tournament together, also went the distance in their semifinal match against Turkey’s Aleyna Vence/Merve Nezir (16-21, 21-18, 15-12).

Vence/Nezir gave the home crowd something to cheer about, taking the bronze after recovering from a 21-9 Set 1 loss to Habaguchi/Sakaguchi. The Turkish pair won 21-16, 15-12 to claim the win.

Brandao/Luciano, who were playing in their first FIVB outing as a pair, claimed the men’s gold with a straight-set win over No. 5 Kristoffer Abell/Daniel Thomsen of Denmark (21-14, 23-21).

Abell/Thomsen edged past Spain’s Javier Huerta/Alejandro Huerta 21-18, 17-21, 15-11 in the other semifinal, before going on to the silver medal, their first FIV medal as a pair.