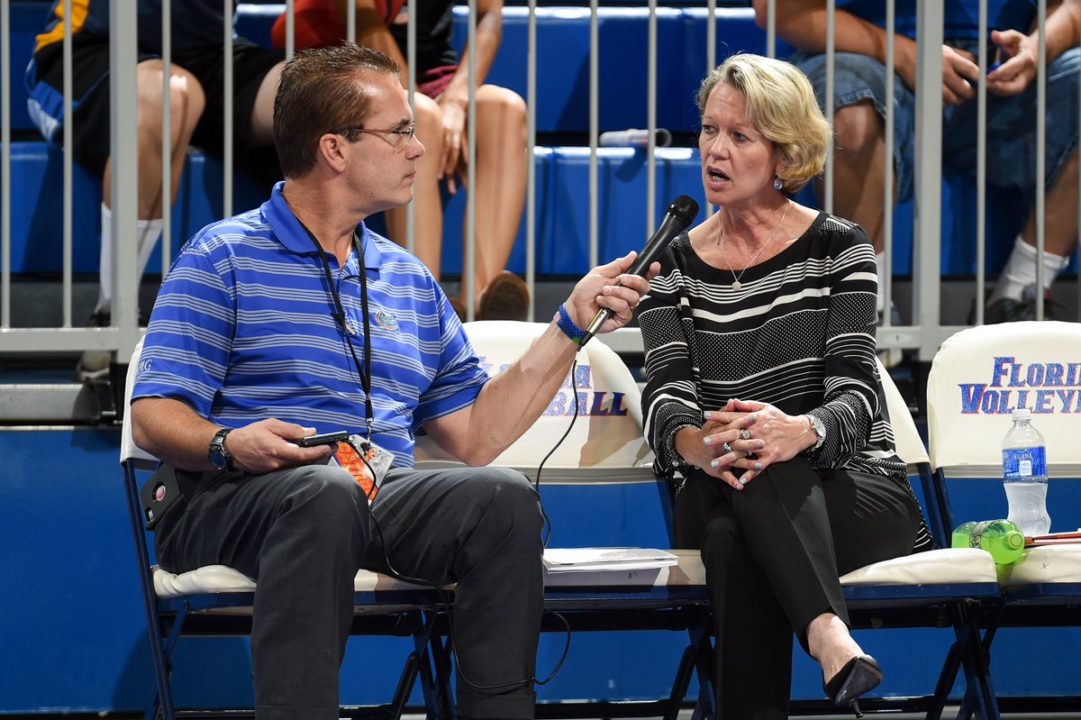 The AVCA has announced their Division I Coach of the Year as Florida's Mary Wise. Current Photo via Florida Athletics

The AVCA has announced their Division I Coach of the Year as Florida’s Mary Wise. Wise is the final female head coach left standing in the 2017 season, with the Gators taking on Stanford in the Final Four of the NCAA Tournament on December 14.

Since Wise has been at the helm of the program she has guided the Gators to eight NCAA semifinals. The Gators earned the #2 seed in the NCAA Tournament this season with a 29-1 record on the year. On their way to the Final Four, the Gators were the only team to have to face two top-25 ranked teams to make the semifinals and will face off against #4 Stanford on December 14.

All-time in the NCAA Tournament, Wise has posted a 69-26 record and all of her postseason appearances coming at the Florida head coach. Her 69 NCAA Tournament wins ranks seventh-most in Division I history.

This season, Wise made NCAA history as she became just the fourth coach to reach 8o0 Division I wins at the same school. In total, Wise has 904 career wins in the NCAA Division I – more than any other female head coach in the history of women’s volleyball.

This year’s AVCA Division I National Assistant Coach of the Year goes to Kentucky’s Lindsey Gray-Walton for helping the SEC squad to the #4 ranking in the NCAA Tournament. The 2017 season is her eighth season with the Wildcats and serves as the team’s recruiting coordinator. Each of her seven recruiting classes has ranked in the top-25.

Gray-Walton helped the Wildcats to their furthest NCAA Tournament appearance in 13 seasons while the senior class earned their 100th win in four seasons.