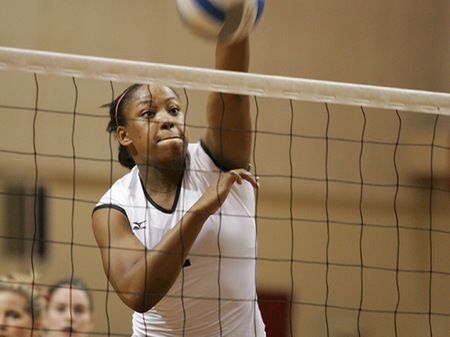 Lauren Gibbs and partner Elana Meyers Taylor took home the silver medal in the women’s bobsled at the 2018 PyeongChang Olympics. Gibbs is a former standout volleyball player for Brown but made a sport change just four years ago.

The PyeongChang Olympics is Gibbs first Olympic experience while Meyers Taylor is now a two-time Olympic medalist, taking home the silver medal at the 2014 Sochi Games. The pair posted a combined, four-run time of 3:22.52 to earn the silver medal, finished just 0.07 seconds behind the gold medal winning German team.

Gibbs move to the bobsled came in 2014 when she was encouraged to seek out the sport by U.S. rugby Olympian Jillion Potter. She then passed a bobsled combine in Colorado Springs that summer and went to bobsled driving school in Lake Placed, starting her journey to the Olympics.

For Brown, Gibbs is the first female to win a medal at the Winter Olympics outside of hockey and 9th overall.

With the volleyball program, Gibbs earned Second-Team All-Ivy honors in 2004 and 2005. She also ranks fourth all-time with 1,090 kills in her career with the Bears. Originally, Brown had recruited Gibbs for track but upon arrival decided she wanted to play volleyball.