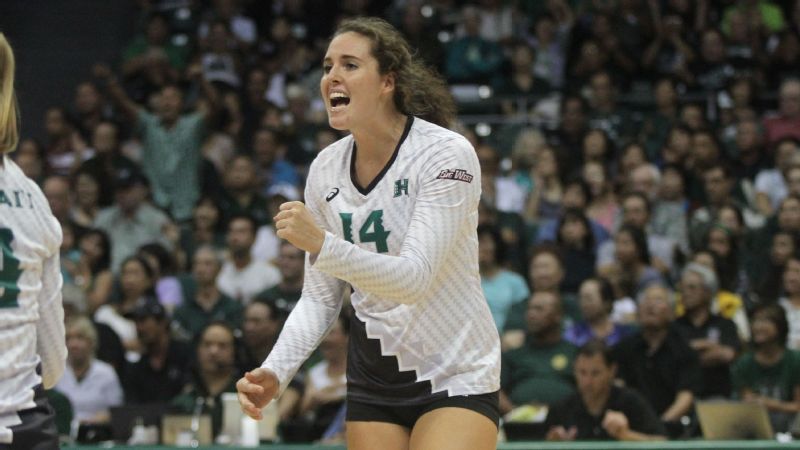 Former Hawaii star Nikki Taylor is signing her first pro contract as she will join Lardini Filottrano in Italian Serie A1. Archive Photo via Jay Metzger/University of Hawaii Athletics

Former Hawaii Rainbow Wahine star Nikki Taylor has signed her first pro contract with Lardini Filottrano in the top Italian League. Taylor graduated Hawaii in 2017 after she was a two-time AVCA All-American indoors (2013-2016) and the winningest player in program history on the beach (2014-2017).

Both of her final two seasons represented spots on the AVCA All-America Second Team to go with Big West honors. She tacked onto her award list in the sand as well as she graduated as the winningest beach player in program history. That only became possible after she managed to play in her final beach season in 2017 even after she fractured her ankle in her final NCAA Tournament the December before.

The move comes as a reinforcement for Lardini Filottrano, who are currently in a relegation spot right now. They sit at 12th of the 12 team top division (Italian Serie A1) at just 4-15, but are only four points from moving into 10th – which would be good enough to avoid relegation. Their next match comes on February 25.

Taylor joins a group of three other outside hitters in veteran Chiara Negrini, European youngster Lana Scuka and yet another former Rainbow Wahine in Annie Mitchem, who recently signed with the club.