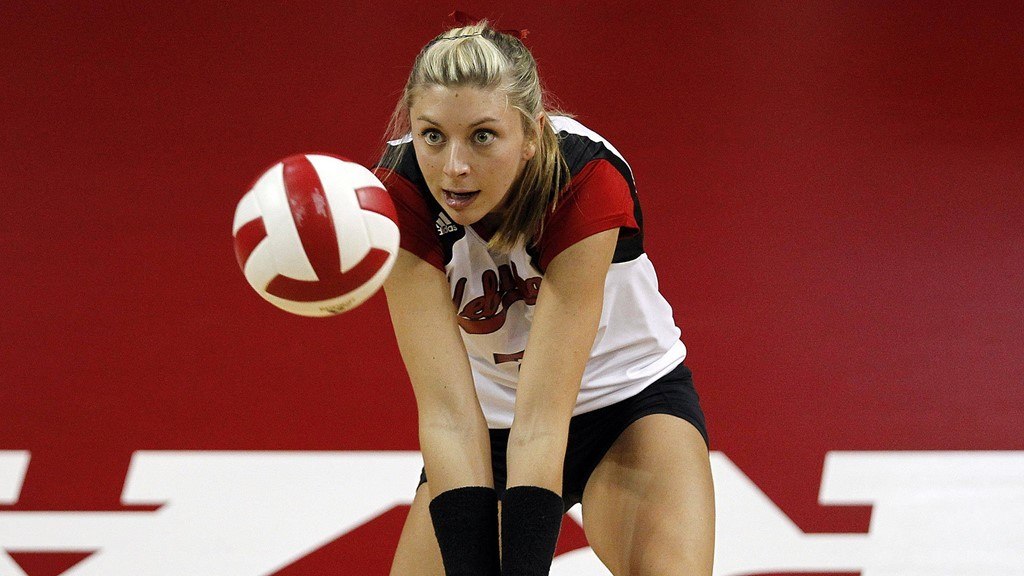 The Nebraska-Omaha staff just became much improved as they have added Gina Mancuso as the volunteer assistant coach. She comes... Archive Photo via Nebraska Athletics

The Nebraska-Omaha staff just became much improved as they have added Gina Mancuso as the volunteer assistant coach. She comes to Omaha after playing professionally for three years and being an All-American outside hitter at Nebraska.

Nebraska-Omaha head coach Rose Shires announced her hiring, saying, “We are extremely excited to welcome a player and coach of Gina’s caliber to our program. She will give valuable insight to our players and immediately help them compete at a higher level.”

After her successful career at Nebraska, Mancuso made her way to a professional career in Azerbaijan, Germany, Poland and Puerto Rico. With her latest team in Germany, they won the German Cup, won the league championship and was a part of the top 12 teams in the Champions League. Earlier in 2013-14, her Baku team earned a third-place finish in the Champions League Final Four.

Mancuso is a Papillion, Neb., native who stayed in-state to play her collegiate volleyball at the University of Nebraska. After having a limited role during her first two seasons, she had a break-out junior year which led her to being a two-time AVCA All-American and first team All-Big Ten honoree. Her years as a Cornhusker were beneficial as she was a part of a team that made it to the Elite Eight twice. In 2011, she helped guide her team to a Big 10 title in just their first season in the conference. Academically she was named a first-team CoSIDA Academic All-American and the 2012 Senior CLASS Award winner.

Coming out of high school, Mancuso had racked up accolades that made her worthy of her scholarship to Nebraska. She was named the 2008 National Player of the Year by the AVCA, Gatorade, and Volleyball Magazine. The three-time first team all-state player racked up 2,371 kills and 1,320 digs for Papillion-La Vista High School. As a member of the USA pipeline, she was part of the 2008 U.S. Junior National Team that won the gold medal in the NORCECA Continental Women’s Junior Championships.