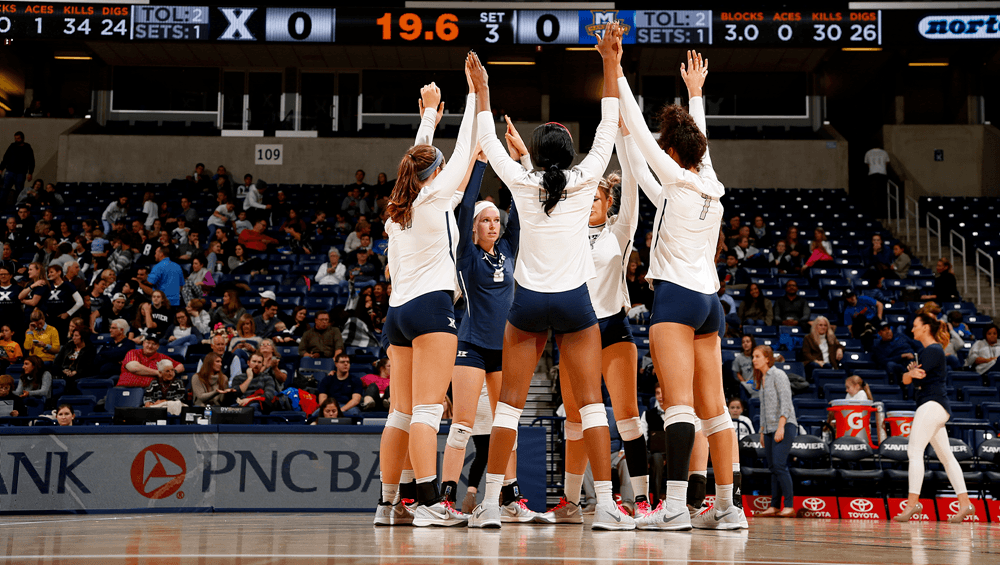 After one season on staff at Xavier, Ed Tolentino’s role has been elevated from assistant to associate head coach which was... Archive Photo via Xavier Athletics

After one season on staff at Xavier, Ed Tolentino’s role has been elevated from assistant to associate head coach which was announced Tuesday by head coach Christy Pfeffenberger.

Last season with Tolentino as the assistant, the Musketeers placed second in the Big East posting a 20-13 overall record and 13-5 record in conference. He has coached All-Big East First Team and AVCA All-East Region honorees in outside hitter Abbey Bessler and right side Sofia Peterson.

Tolentino has years of coaching experience dating back to 1997. Among his time has worked at nine different college programs mainly as the assistant coach. His stint began at Oakland University where he was the assistant coach from 1997-99 followed by his promotion to head coach that lasted until 2001. He then made appearances at Eastern Michigan, Michigan State and Michigan.

The Detroit, Mich., native was the master trainer at Premier Volleyball Academy in Ann Arbor which went from 2005-09 while he also coached at Madonna University at the same time.

Tolentino moved on to Georgia Tech and Morehead State before landing at fellow Big East school UConn which was the latest coaching job he had before coming to Xavier. In 2015, the UConn Huskies had a 16-15 record and two all-conference honorees.

Outside of college coaching, Tolentino is a member of the AVCA where he participates in presentations at the AVCA Convention.