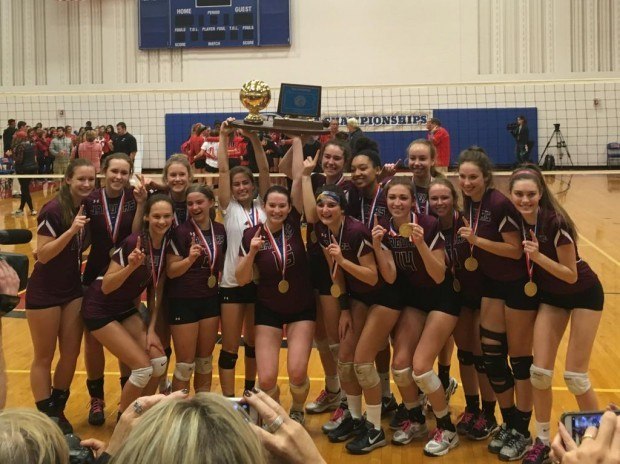 This is Greenburg’s second championship in three seasons, with Mikayla Bisignani leading the way with 18 kills.

Despite having a great regular season, Marion couldn’t handle the strong steady offense of Greensburg. Marion’s highest scorer of the match was Jasmine Mooney with 16 kills.

Corry had 13 aces in the championship match, Haley Kurelowech led the offense with 12 kills and two aces.

Jackie Stanko led all players with 19 kills for North Star.

Garnet Valley fell behind 1-2, but fought back to take the state title in five. Erin Patterson put down 12 kills.

Despite the strong offence for Parkland, they were not able to finish the match. Sam Graver hammered down 26 kills, while Grace Steurer added 21 in the loss.