Georgia Serves Up 15 Aces to Beat North Carolina in Four 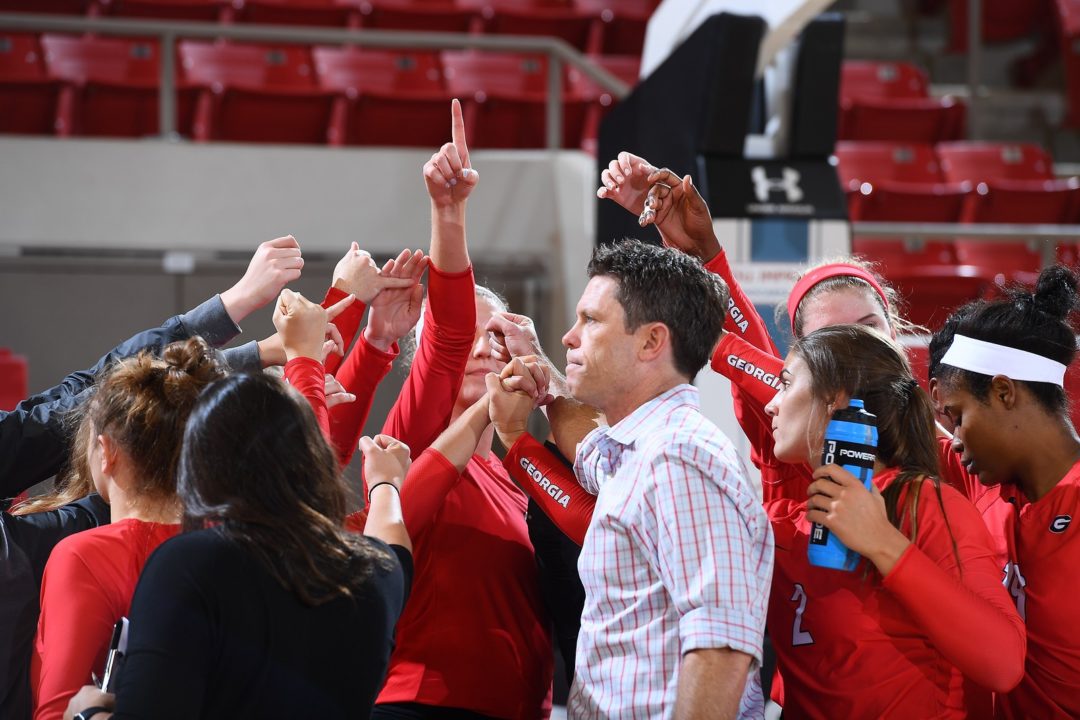 Georgia dominated the serve game to stop UNC and win in four sets behind a balanced attack. Archive Photo via Georgia Athletics/Volleyball

Georgia was able to close out the Buffs Invitational with a 3-1 victory over North Carolina, pushing the Bulldogs to 2-1 in the event while the Tar Heels end up 1-2.

The number that stands out the most is that serve, which gave Georgia a whopping 3.75 aces per set. Bad passing from the Tar Heels combined with the aggressive serve and minimized what they could do offensively. A pair of UNC players wound up with five reception errors each.

There wasn’t quite that balance for North Carolina, who got 18 kills from Destiny Cox. No other player reached more than five though or hit above .200 for the Tar Heels. Raleigh Clark (4 kills, 6 blocks) led the block defensively. Mia Fradenburg (16 digs) was also the match leader in digs.

Moving forward to next week, Georgia heads to the Georgia Tech classic to play the Yellow Jackets and NC State. North Carolina on the other hand will see those ACC foes down the road, but gets North Dakota State on Friday before opening league action on Sunday at Duke.