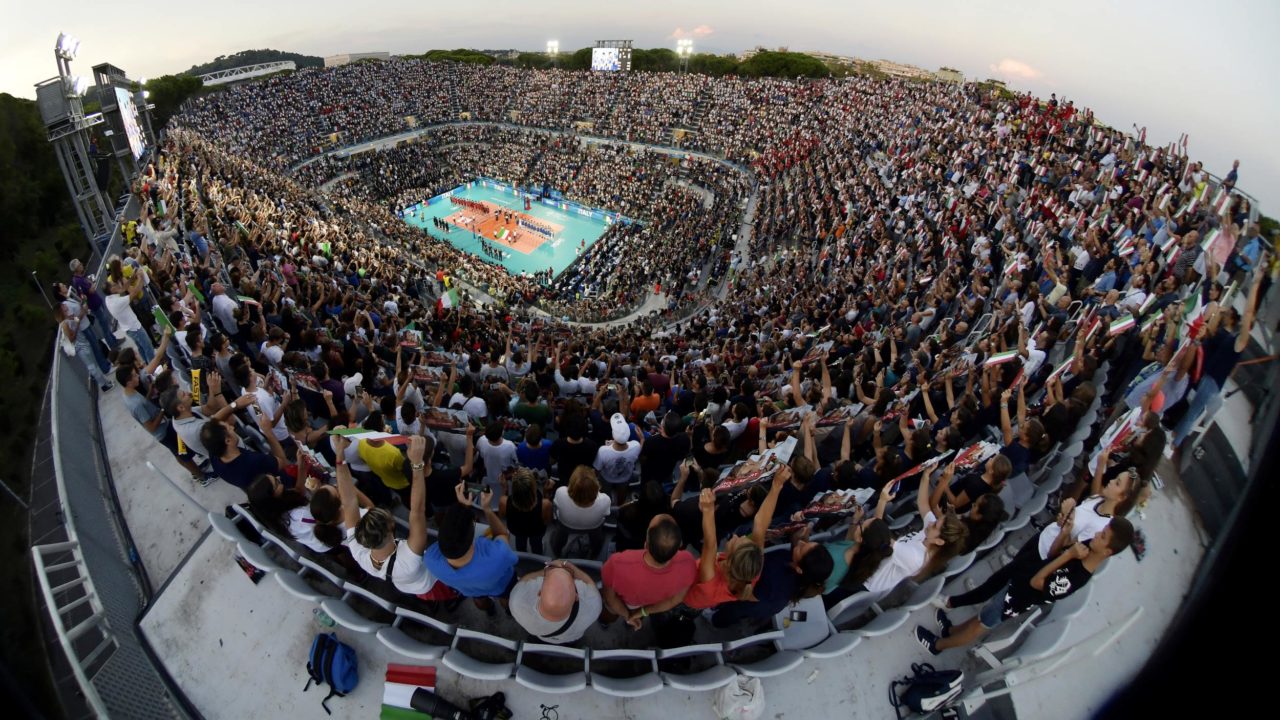 The Foro Italico Center Court played as a spectacular sunset backdrop for the opening match of the 2018 FIVB Men's Volleyball World Championships. Archive Photo via FIVB

Italy kicked off the 2018 FIVB Men’s Volleyball World Championship with a significant 3-0 win over a scrappy Japanese team, outdoors, in the Foro Italico.

Italy out-blocked Japan 9-1 in an otherwise even match to sweep Japan in the first result of the tournament. The match is also the only outdoor match of the tournament, played at the center tennis court at the Foro Italico. The arena, typically used for clay court tennis, has a listed capacity of 10,400, but 11,170 filled the arena to capacity on Sunday, pulling in €269,471 (311,306 USD) in gate receipts.

6 players contributed to Italy’s blocking effort, including 2 each from Ivan Zaytsev, Daniele Mazzone, and Simone Anzani.

Issei Otake led Japan with 11 points, including 9 kills on 17 swings, 1 ace, and the only Japanese block in the match.