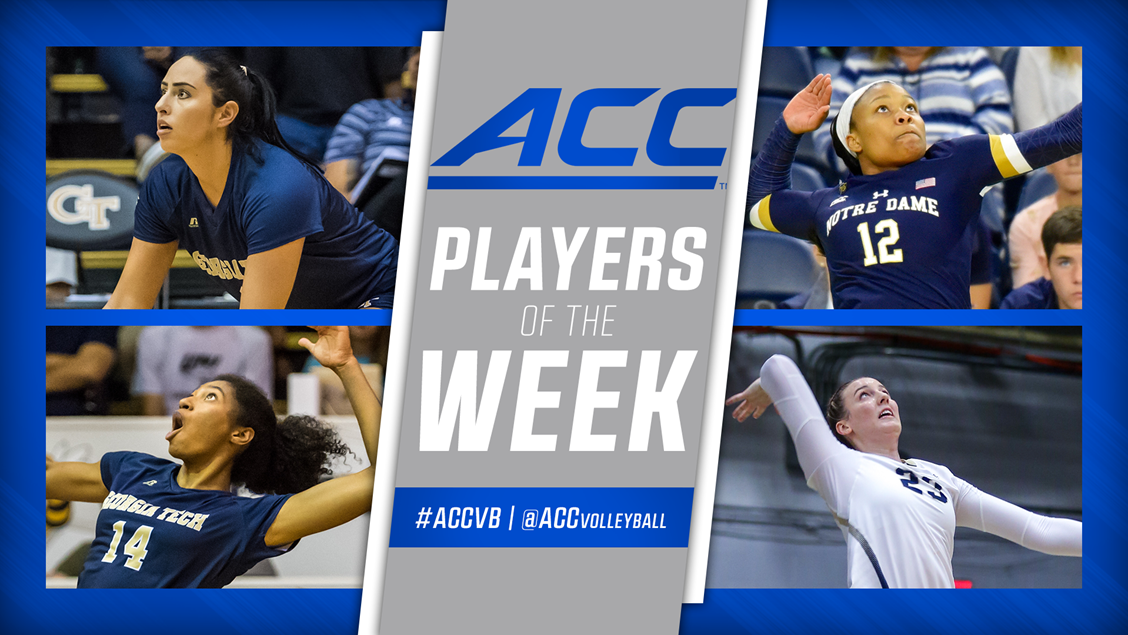 This week’s Atlantic Coast Conference volleyball awards were split as Georgia Tech’s Gabby Benda and Notre Dame’s Jemma Yeadon were named ACC Co-Players of the Week. That theme continued to the conference’s Freshman of the Week as Cori Clifton of Georgia Tech and Kayla Lund of Pittsburgh shared that accolade.

Benda, a senior setter, brings home the shared honor after assisting (literally) the Yellow Jackets to wins over Syracuse and Boston College. Over the course of the two matches, she logged 89 assists, good for 12.71 per set in addition to 16 digs.

The fellow Co-Player of the Week in the ACC was sophomore outside hitter Yeadon, who also went 2-0 with her team as the Fighting Irish defeated Florida State and Miami on the road. Both games were double-doubles for Yeadon, as she notched 43 kills and 32 digs combined in the pair of matches.

Going back to Georgia Tech, Clifton provided talented youth as the right side put down plenty of Benda’s sets. She hit .312 for the week to go with 13 kills, six blocks and three digs.

The other Freshman of the Week was Kayla Lund of Pittsburgh, who helped the Panthers go 1-1 against North Carolina and NC State. She hit .340 for the week with 23 kills and three aces as Pittsburgh is currently in a tie for first in the ACC.