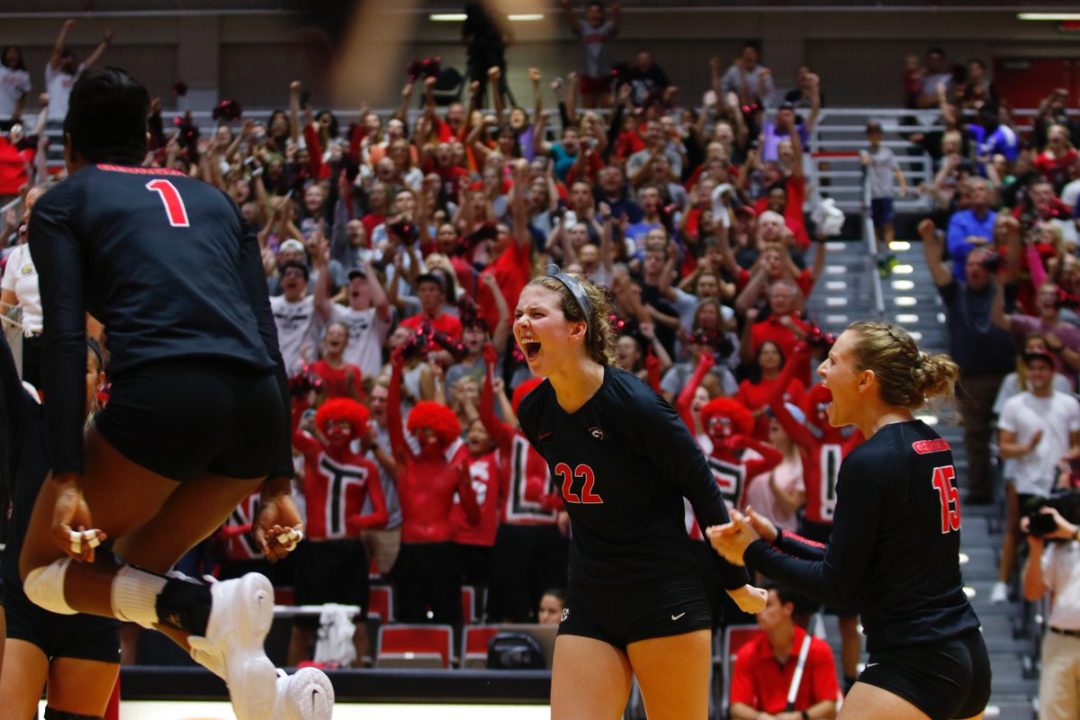 In Georgia's loss to Tennessee, the team's redshirt senior outside Amanda Dachs went down with an ankle injury in the fourth set.  Current Photo via Georgia Athletics

In Georgia’s loss to Tennessee, the team’s redshirt senior outside Amanda Dachs went down with an ankle injury in the fourth set.

The Bulldogs were up late in the fourth, trying to take the lead with the score tied at 25, but Dachs went down and the team was unable to recover from the loss. They dropped the fourth set 27-25 and the fifth 15-5 to lose to the Vols.

Before Dachs went down with her ankle injury she contributed eight kills, nine digs and four blocks for the Bulldogs.

On the year, Dachs has contributed 93 kills for Georgia for an average of 1.86 kills per set on a .205 hitting percentage. On the defensive end of things, Dachs has picked up 40 digs and blocked 29 balls on the year. Dachs redshirted her freshman season and when she saw the court in 2014 she slammed down 238 kills for the team but only produced 157 in her sophomore campaign. Last year, Dachs put down just 144 kills being a consistent overall player for the team.

The status of her injury is unknown at the time, the team has three days before their next match at Mississippi State on October 15, giving Dachs time to recover if it’s just a sprain.