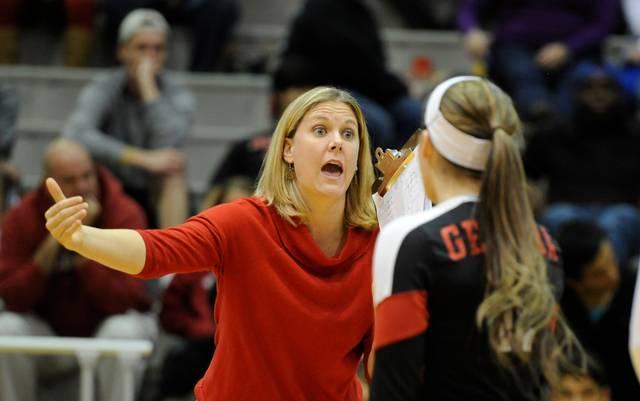 After six years with Georgia, Lizzy Stemke has been dismissed as Georgia's head volleyball coach, though it is being deemed a resignation.  Current Photo via John Kelley - Georgia Sports Communications

After six years with Georgia, Lizzy Stemke has been dismissed as Georgia’s head volleyball coach, though it is being deemed a resignation.

Stemke posted only one winning season in her time at Georgia, coming in 2013 when the team went 22-10 overall and 11-9 in the SEC.

Despite starting the 2016 season off with a 12-1 record after non-conference play, the Bulldogs couldn’t do anything right in the SEC. Their lone conference win came to South Carolina in a four set match. The remaining matches were sweeps and four set matches, with only three five set matches taking place.

In August 2010 Georgia hired a new Athletics Director Greg McGarity, who fired then-head volleyball coach Joel McCartney in the middle of a season that ended 15-17 overall and 6-14 in the SEC. McGarity hired Stemke, who was previously an assistant at Nebraska.

With Stemke’s resignation, Georgia will begin a national search for a new head coach.