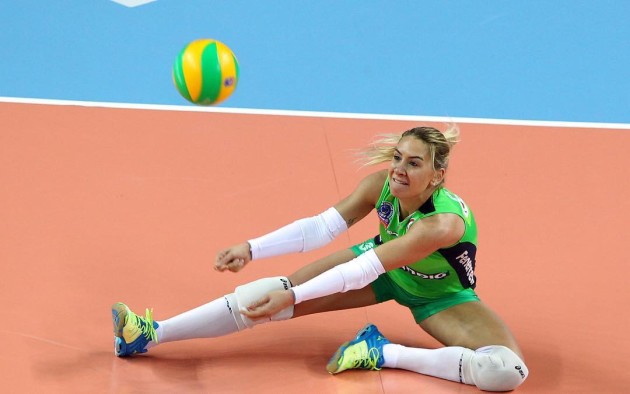 Galatasaray has announced the signing of a 1.5-year contract with Gizem Karadayi as she is leaving her former Turkish squad for Bursa B.  Current Photo via World of Volley

Galatasaray has announced the signing of a 1.5-year contract with Gizem Karadayi as she is leaving her former Turkish squad for Bursa B.

The libero signs as a familiar fixture to the Turkish league and the team, as she used to play with Galatasaray in the 2008-09 season. Additionally, in the league, Karadayi has played with VakifBank, Fenerbahce and Bursa B. Outside of Turkey, Karadayi played with top-of-the-line Volero Zurich in Switzerland, one of the top clubs in the world.

After just one season with Volero Zurich, Karadayi left to head back to Turkey and play with Bursa B., this announcement came back in May of this year. After just half a season with her new team, Karadayi has hit the road one more time to rejoin Galatasaray.

This season, Galatasaray is 8-3 in the Turkish Women’s League to be ranked fourth overall. They sit behind Eczacibasi VitrA, Fenerbahce and VakifBank who all have 10-1 records this season. With Bursa B., Karadayi has helped the team to a 4-7 record for the year to rank sixth overall. There are five teams in the league that have this same record with Bursa B. sitting on top.

The announcement of Karadayi to the club came at the same time that rumors were flying that Brenda Castillo would join the team. Castillo is one of the top liberos in the world and would spark some needed defense on any team she joined. With the team signing Karadayi, it seems unlikely that Castillo will join Galatasaray’s squad this season, though not completely out of the question yet.