“It Was a Good Shock” – St. John’s: A Team of International Talent 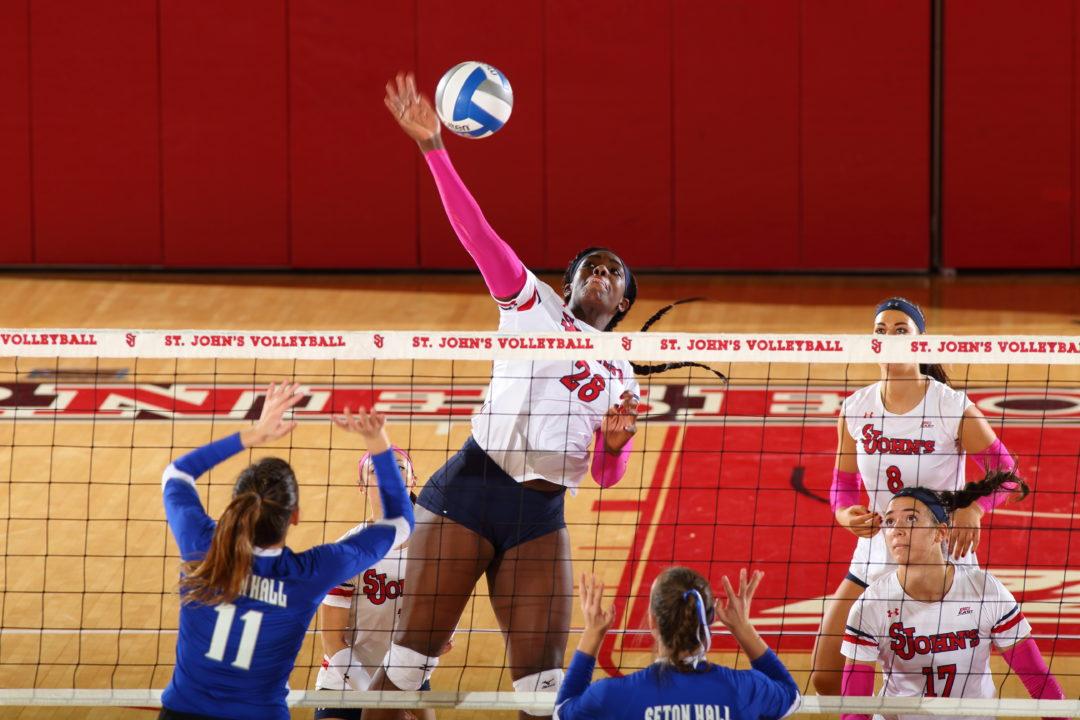 With six international players on it's team in 2017, St. John's Women's Volleyball is learning to handle different cultures on and off the court. Archive Photo via St. John's Athletics

“I didn’t know anything about here, about my team, about the university, about the lifestyle,” St. John’s setter Erica Di Maulo said of coming from overseas to play collegiate volleyball in the United States.

Dating back to Ellis Island, New York has been the pinnacle of the melting pot ideal in the United States. It represents a mix of different races, religions and people of the world. Located in Jamaica, New York, the St. John’s Women’s Volleyball is no different.

The roster for St. John’s is filled with international talent – and not just from one or two different countries. They have six players with non-American roots as five different countries are represented. Joining freshman Claudia Lopez (Puerto Rico), redshirt freshman Martina Carosso (Italy), sophomore Hanna Wagner (Germany) and junior college transfer Yanjiao Zhao (China) are two of the team’s most dynamic players in senior Danisha Moss (Canada) and sophomore Erica Di Maulo (Italy), who have made a sizable impact since coming from outside the United States.

“We are really international. We have girls from all over the world,” Di Maulo told VolleyMob. “I like it because we can also compare each other to what we are used to in volleyball and also outside. I love not being the only international on the team.”

The Red Storm haven’t just built a roster with international talent. They’ve found all-conference level players. At 6’3″, middle blocker Danisha Moss is a graduate student from Toronto, Canada. In 2016 she broke the program record for blocks in a season (168), which also put her in the top 10 for the nation. Di Maulo meanwhile is a 6’0″ setter from Milan, Italy who was named Big East Co-Freshman of the Year and All-Big East First-Team after she posted 1,162 assists, 232 digs and 33 aces. 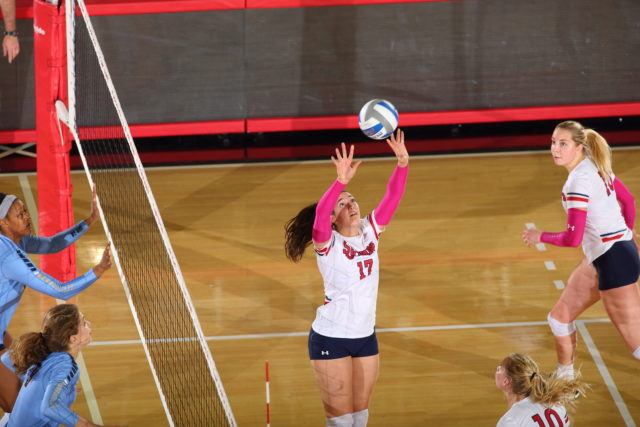 As easy as Di Maulo made it look in her first season, it’s not always so simple for international players to come right over and contribute at a high-level.

“When I came here I was lost in the setting drills,” Di Maulo said. “I was not used to it. It took me a few weeks to understand the play here.”

Beyond adjusting to the style of play, it can be tough being so far away from family and friends. Di Maulo even noted that there are ‘some periods that you’re more sad.’ With six international players on the roster though, everyone tries to make things easier on the newcomers as they calibrate their lifestyle to a culture change.

“Overall as a team we’re very good at supporting each other. We try our best to keep everybody together, especially at the beginning when the new girls are transitioning from being away from home,” Moss said. “They can always come to us with any issues they have with adjusting or any problems they have with the language barrier. We try to be on top of that as a team.”

This isn’t the first go-around for Moss either as she enters her fifth season. She may be the closest of the international players (about an hour-and-a-half plane ride), but she still has gone through the process like the others, especially in leaving her 16 siblings. She, along with the team, knows the importance of making everyone feel accepted and more at home.

As Moss embarks on her final season, she and Di Maulo sit as the biggest representation of international success at St. John’s. Currently, Moss ranks eighth all-time in the program with 311 total blocks. Sitting in first is Lynn Klein, who amassed 466, meaning that if Moss were to match last season’s output, she would break the school record. 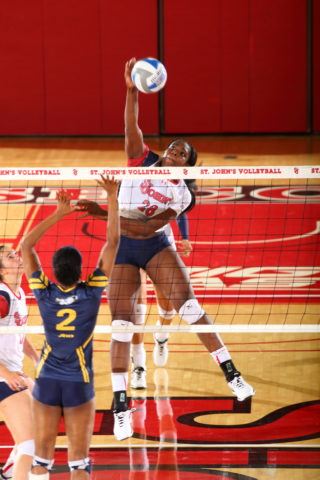 Moss may not have had quite the jump that Di Maulo made from overseas, but both were put into a new situation outside of their home country. They may not have known a whole lot about what they were getting into, but it’s fair to say that both St. John’s and the international players have benefited from each other, partially because they’ve created a culture to welcome a bunch of other cultures.

“It was a good shock,” Di Maulo said of coming from Italy despite the lack of knowledge to the area. A shock that most of the international players likely will or have felt in heading to St. John’s – but one that the Red Storm are handling as good as anyone in the country.

St. John’s was picked to finish sixth in the Big East by the coaches as all of the teams picked ahead of them finished with at least 18 wins in 2016 including two NCAA Tournament teams. The Red Storm collected a winning record of 16-15 last season and now have eight letterwinners and three starters back for 24th-year head coach Joanne Persico, who is 18th in victories among 329 active Division I coaches. They will look to get back to the Big East and NCAA Tournament in 2017, as although the international athletes won’t have total autonomy on the team’s success, they will play a large role in it.