Dayton Bolsters its 2017 Roster with Two Freshmen and a Transfer 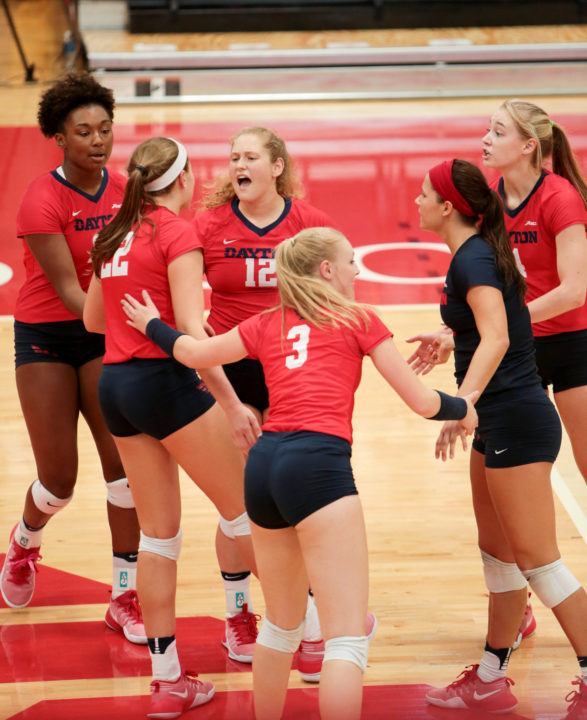 Dayton is adding three newcomers to its 2017 roster as they look for another 30-win season. Archive Photo via Dayton Athletics

With a the 2017 volleyball season beginning this week, VolleyMob is continuing to take a look at some of the collegiate recruiting classes you may have missed and those who stand to make an impact on teams in and out of the final AVCA Top 25.

Dayton rounds out the top 30 as we continue to dip into the receiving votes portion of last year’s poll:

Dayton put together a remarkable 30-1 season last year until they got into the NCAA Tournament and were upended by Pittsburgh in the first round. Still, it was a 30-2 record for the Flyers that featured an NCAA Tournament appearance and an Atlantic Ten regular season and postseason conference championship. As they bring back a loaded roster, two freshmen and a transfer join the team to continue Dayton’s success.

Both incoming freshmen are setters, as Maria Schorr was an Under Armour All-America Honorable Mention recipient. Standings at 5’10” from Cathedral in Fishers, Indiana, Schorr holds the school record for career assists, sets played and season assists per set.

The other half of the freshmen setter duo is Bridget Doherty from Saint Thomas Aquinas in Overland Park, Kansas. Also at 5’10”, Doherty is her school record holder in career assists and in a single-season as well.

Coming from Syracuse, Mackenzie Weaver rounds out the trio of newcomers Dayton has in 2017. A 6’1″ sophomore outside hitter, Weaver was second on the Orange in 2016 as a freshman with 2.58 kills per set as she also netted 2.08 digs per set and 0.62 blocks per set. She was also a four-time all-conference pick at Lexington High School in Mt. Gilead, Ohio.

In total, Dayton returns all six starters and the libero in addition to 13 letterwinners. The three newcomers should only bolster the deep and talented roster as Dayton looks prime for another strong season in 2017.