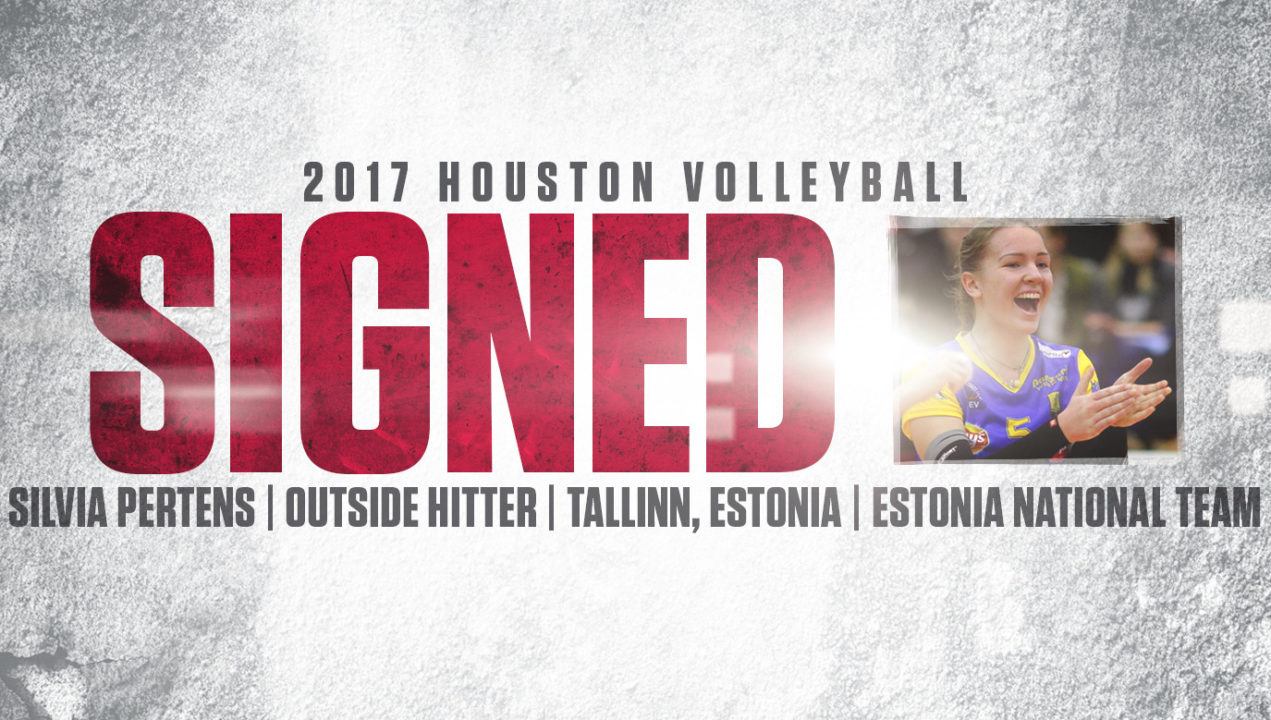 The Houston Cougars made a late addition for the 2017 roster with a splash from overseas in Silvia Pertens, a member of the Estonian National Team.

“Silvia’s experience and skills will give us some high level depth to the outside hitter position,” Houston head coach Kaddie Platt said in the team’s release of the signing. “She has good power, ball control and volleyball IQ. Silvia is a great addition to the team and will do great things.”

Pertens joins a roster filled with outside hitters, as the Cougars have three others who are truly at the position. Then, add in that a trio of others are listed as outside hitters/right sides, meaning there is plenty of competition at the position for Pertens, who joins the roster so late.