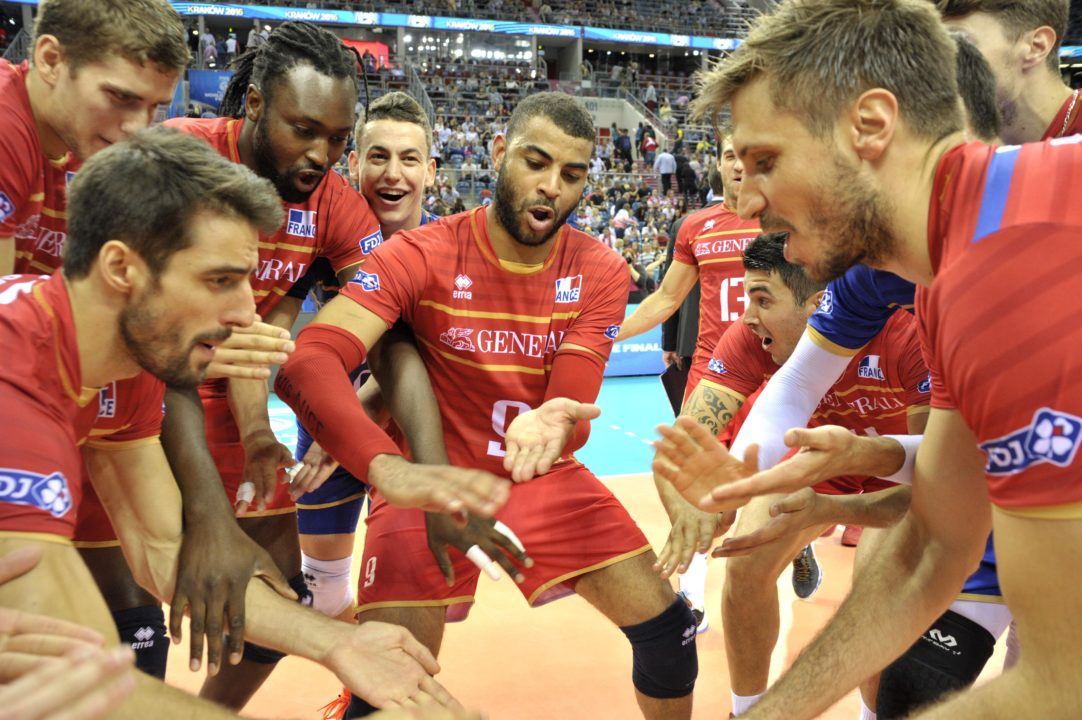 After taking first at the FIVB World League, France will send 18 players, with the bulk being from the winning squad to the Jerzy Wagner Tournament in Poland from August 11-13. Current Photo via FIVB

After taking first at the FIVB World League, France will send 18 players, with the bulk being from the winning squad to the Jerzy Wagner Tournament in Poland from August 11-13. The tournament has been held every year since 2003 in memory of the legendary polish coach Hubert Jerzy Wagner who led the team to the 1974 World Championship, the 1976 Olympic gold medal, and the 1975 and 1983 European Championships.

The annual tournament features Poland and three invited teams, primarily from Europe, though usually one team from another confederation is asked to play. This was not the case last year as Bulgaria won the tournament, followed by Serbia, Poland and Belgium. In all, Poland has won the tournament 6 times, more than any other team.

At the competition, the teams will play in a single round robin tournament with a standard wins-points-sets ratio-points ratio formula being used to determine the winner.

France will have the core of their World League winning team participating at the invitational, with Earvin N’gapeth, Stephen Boyer, Kevin Le Roux and Julien Lyneel headlining for the team. At the World League, N’gapeth sat out for the first two weeks, making small appearances in the third week due to an injury. In the finals, he turned up his play to score 79 points to lead the finals series. Boyer, who led after the preliminary rounds came in second with 74 points. Le Roux was a solid middle blocker in the World League, stopping 13 balls in the finals series alone. Jenia Grebennikov will also join the squad, being the second most consistent digger in the finals with an average of 3.00 digs per set and 57 digs overall.

The event will be televised on Polish TV on polsatsrpot.pl.