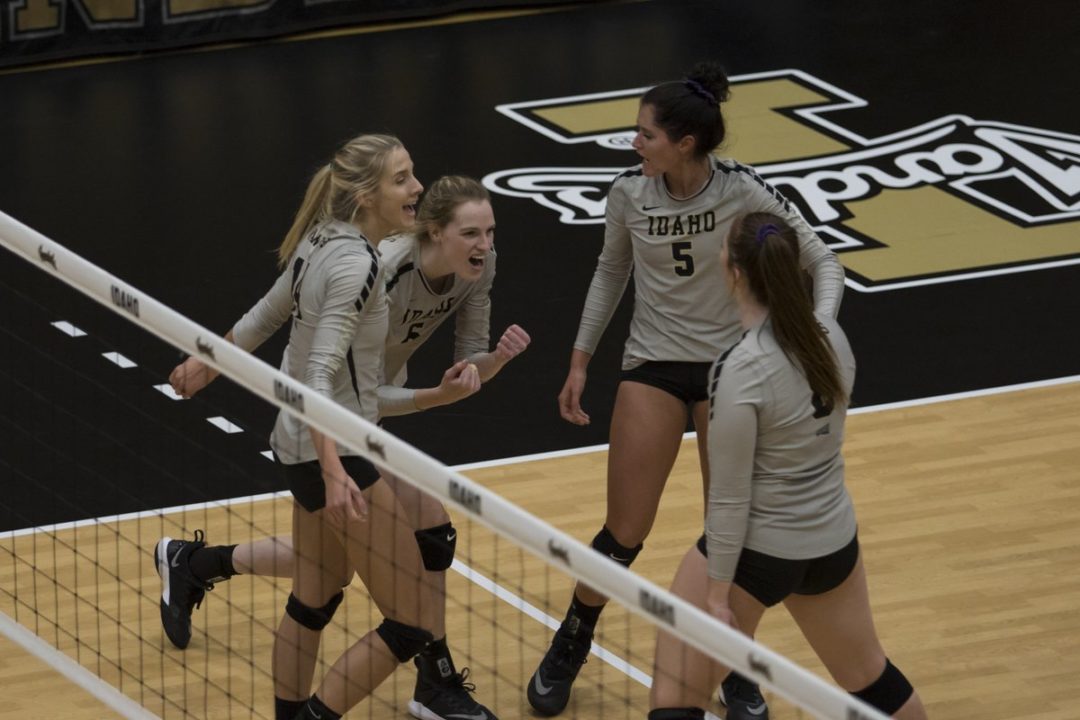 Idaho will begin 2018 as the preseason favorites in the Big Sky. Archive Photo via Idaho Athletic Media Relations

Nine of eleven first-place votes went to the Idaho Vandals, as they are the 2018 Big Sky Conference preseason favorites to win the league. Following up on Idaho is Northern Arizona, who received the one vote from Idaho (since you cannot vote for your own team) and another from a second coach. Idaho totaled 99 points compared to 87 from Northern Arizona.

Of course, the league opens up a bit as North Dakota – who finished second in the regular season and won the postseason tournament to advance to the NCAA Tournament – left the conference for the Summit League.

The Vandals finished 2017 at 18-11 and 12-4 in league action (third-place) before falling in the tournament semifinals and bring back four starters plus the libero. Of that group, a quartet earned some sort of 2017 Big Sky postseason honors, including first-team outside hitter Sarah Sharp.

NAU on the other hand went 13-15 and 9-7 in conference matches before losing in the first round of the conference tournament after getting the five seed. What boosts them up though is that all six starters plus the libero are back in the fold, with a trio earning all-conference honors in 2017 led by first-teamers Abby Akin and Kaylie Jorgenson.

Sacramento State and Portland State also totaled over 70 points in votes. For Sacramento State, they went 15-1 last season in conference play en route to a regular season championship before falling to North Dakota in the tournament championship.

Weber State, Northern Colorado and Idaho State were all over the 50 point plateau in the next tier. After that were the bottom four in the conference. The entire projected order of teams can be seen below: