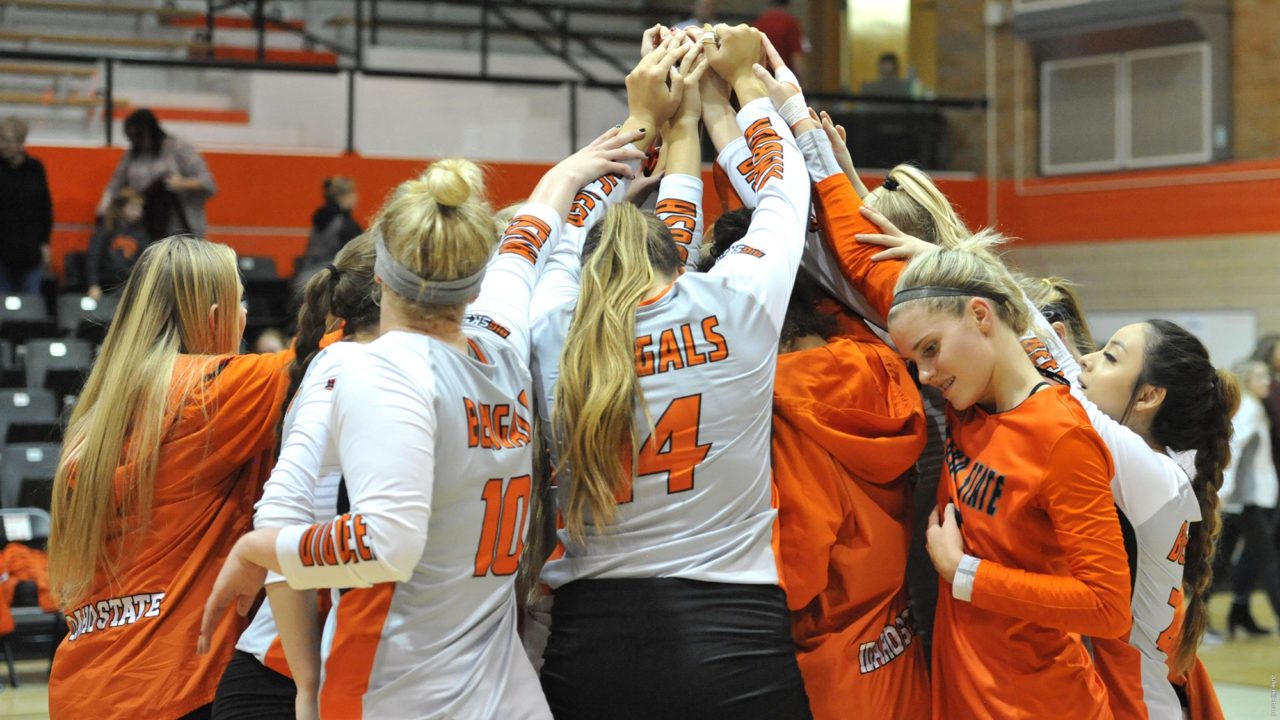 Two new players have joined the Idaho State women’s volleyball program as we inch closer to 2018 in Nikole Cook and Maysie Rongen. Both appear set to be immediately eligible for the program this fall.

A 5’6″ setter/defensive specialist, Cook will be a junior this fall semester with two years left of play. She was most recently with Central Washington in the Division II classification, where she helped the team go 19-10 and 14-6 in the Great Northwest Athletic Conference (GNAC) along with an appearance in the NCAA West Regional. For the year with CWU, the Meridian, Idaho native and former all-state attendee of Kuna High School totaled 616 assists (5.36 per set), 238 digs (2.07 per set) and eight aces.

Rongen, a 6’1″ middle blocker, meanwhile comes from the junior college ranks and the College of Southern Idaho. She will be a redshirt sophomore with three years left of play. In 2017 she pushed the school to a 31-4 record and a runner-up finish at the NJCAA National Championship. Individually she notched 59 kills (1.20 per set) on a .182 hitting percentage and 48 blocks (0.98 per set). She is also a native of Kimberly, Idaho.

Cook and Rongen’s first chance to make a mark on the team will come on August 24 as the team plays a pair of matches for the day against Georgia Tech and Georgetown before meeting Winthrop one day later. Cook becomes the third setter while Rongen gives the team five options in the middle.

Idaho State finished 2017 at 11-19 overall and 8-8 as a member of the Big Sky Conference, where they were recently picked to wind up seventh in the preseason poll.

If you have a commitment to report, please send an email with a photo (landscape, or horizontal, looks best) and a quote to [email protected].