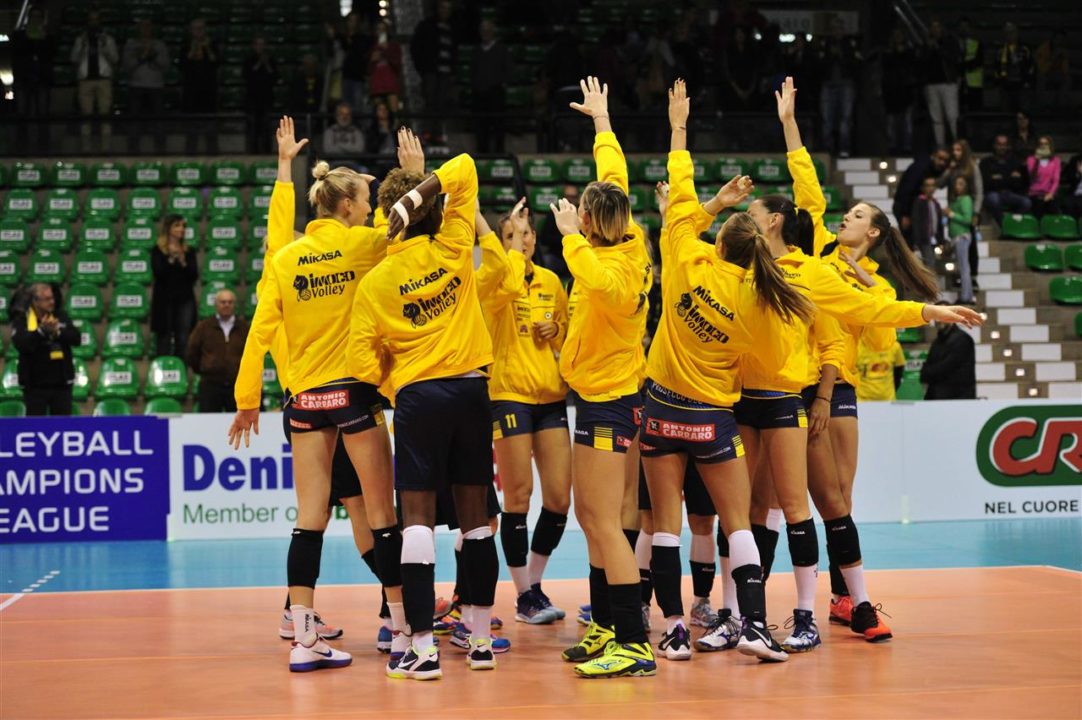 Imoco Volley Conegliano has confirmed that head coach Daniele Santarelli will continue on for the 2018-2019 season. Archive Photo via CEV

Following a successful first run with Imoco Volley Conegliano, head coach Daniele Santarelli has been confirmed as the club’s top man for the 2018-2019 season as well. The 37 year-old head coach will be in his second season with the club in the year ahead.

Santarelli took over at the helm last season for Davide Mazzanti after he was lured away from his successes. Prior to the move up the coaching ladder, Santarelli was Mazzanti’s assistant for his last two seasons with the club.

Mazzanti left high expectations with three Italian league championships dating back to 2010-2011 and most recently in 2015-2016. Those expectations were met and exceeded by Santarelli and Conegliano, who won the Italian Serie A1 Championship despite being the 3-seed headed into the postseason.

That was a contrast to their finish in 2016-2017 – Mazzanti’s final year as head coach and Santarelli’s last as assistant – when Conegliano posted the top regular season mark and was 10 point ahead of second, though were upset in the semifinals of the playoffs.

Beyond the winning and teaching that Santarelli has done, he also has a player-coach, husband-wife connection going, as he married libero Monica De Gennaro last June.

Other stops in Santarelli’s career go back to 2010 when he first began in the profession following his playing career in the Italian Serie A2 for the men. He won his first league title as an assistant with Casalmaggiore in 2014-2015, then switched over to Conegliano where he has been ever since.

Besides winning the Italian Serie A1, Imoco Volley Conegliano earned a silver in the Italian Cup and Super Cup as well as a bronze at the Champions League final four.