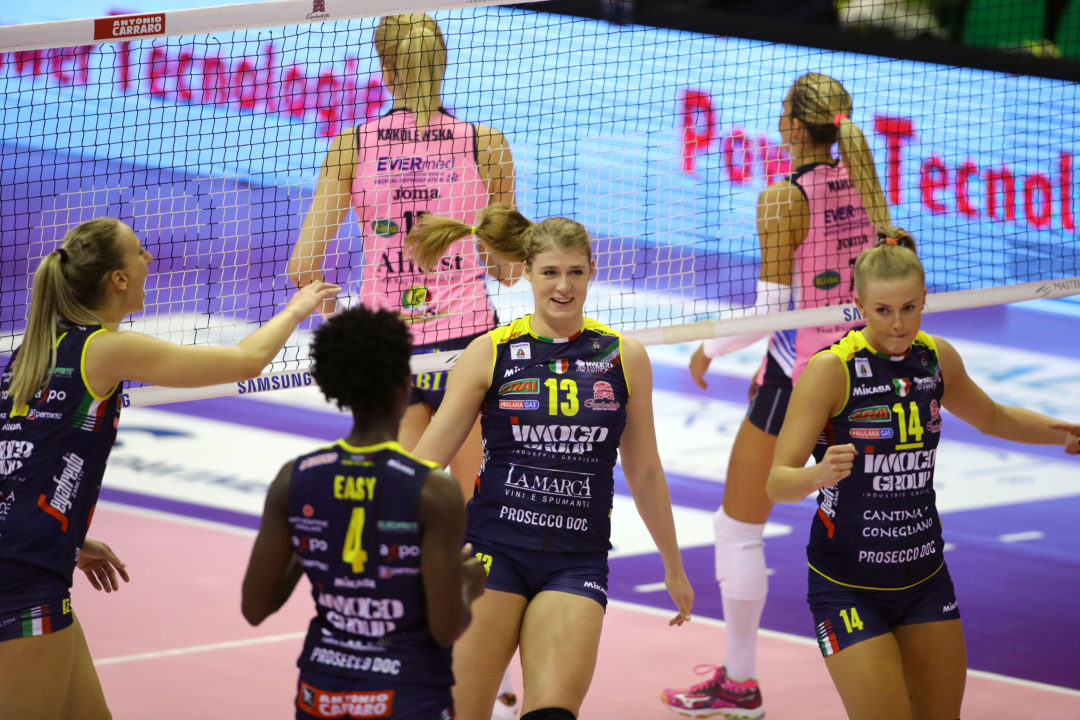 The world’s premier female volleyball domestic tournament started with a bang in Italy. Why should American fans care? Besides being one of the strongest leagues in the world, 10 US born players took to the court for their teams on opening week, with many more yet to come as they recover from the recently ended WCH. Current champs Conegliano started out their title defense with a commanding win against a rejuvenated Casalmaggiore team. Below,  you’ll find all of the round’s info:

Best stats of the round

Scandicci‘s coach Carlo Parisi knows his team is ready to take the next step after last year’s semifinals exit. For such, he wants his team to develop chemistry as soon as possible:

“Although it may seem strange, we expected a game like that. I had talked about it with the girls, we knew we had to play a game of great sacrifice. They were more tested than us. In our field we have seen the result of only the two training sessions that we have been able to complete. We must also understand how much the World Championship has left us shorthanded because Adenizia did not played today, Stevanovic played little during the tournament and must regain confidence with our setter.  We almost lost two sets today, but recovered, which is a positive sign for the team. We’ll take these three golden points and I congratulate all the girls for how they played in a very difficult game.”

Annie Mitchem and Isabelle Haak got my attention for Scandicci both are beast Mitchem can bring the heat and Haak looks like she never skipped a beat from last season.