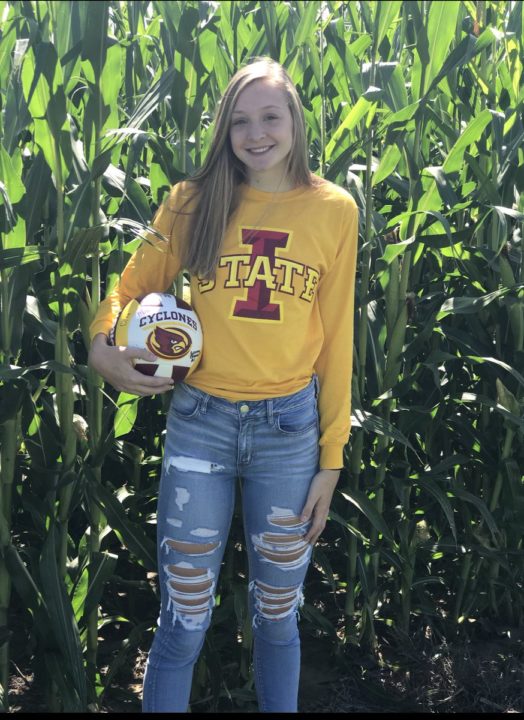 6'3" middle blocker Jordan Hopp has committed to Iowa State for the class of 2020. Archive Photo via Jordan Hopp (@jordankhopp21)

Western Nebraska Traveling League also extends Hopp’s career into club play. She also owns a 76″ wingspan and a 24″ vertical jump according to her be recruited profile.

Hopp isn’t the first class of 2020 recruit for Iowa State that has been registered in the VolleyMob Recruiting Database either. She instead joins fellow middle blocker Alexis Engelbrecht. The Cyclones also have two noted 2019 commits in defensive specialists/liberos Jaiden Centeno and Kate Shannon.

Iowa State went 22-7 in 2017 with an 11-5 record in Big 12 action, earning a hosting spot in the NCAA Tournament where they made the second round.

I’m so blessed and excited to announce that I committed to Iowa State University to continue my academic and volleyball career!! I would like to thank my family, coaches, teammates, friends for all the support along the way. Go cyclones❤️💛 pic.twitter.com/C0vuMfIqql

Fired up about our newest addition from Nebraska panhandle, hard working and so much potential!